March 29, 2021 – BY BUCK BELUE 680 THE FAN, ATLANTA – The Braves opening day roster is set and it’s now “Go Time.” This is such an exciting time of the year, with baseball season getting underway. Especially in Braves Country, where our team is gunning for a 4th consecutive N.L. East Division title…… END_OF_DOCUMENT_TOKEN_TO_BE_REPLACED 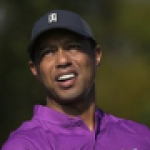 Feb. 23, 2021 – DAN MATHEWS 680 THE FAN, ATLANTA – The greatest words we heard on Tuesday afternoon was ‘non-life threatening’ injuries for Tiger Woods.  Tiger Woods was called “lucky” to be alive by one of the Los Angeles County Sheriff’s Deputies on Tuesday, following the single car accident that sent him to Harbor-UCLA…… END_OF_DOCUMENT_TOKEN_TO_BE_REPLACED 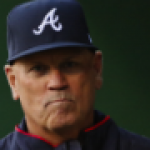 Feb. 22, 2021 – BY KEVIN MCALPIN 680 THE FAN, ATLANTA – As Monday’s workout wrapped up, pitchers have already made quite a bit of progress in the first four days of camp. Brian Snitker says everyone has had a chance to throw a pair of sides, which is the first step in the ramp…… END_OF_DOCUMENT_TOKEN_TO_BE_REPLACED

The Atlanta Braves beat Dansby Swanson in salary arbitration, and the shortstop will earn $6 million rather than his request for $6.7 million. Arbitrators Richard Bloch, Walt De Treaux, Robert Herman made the decision Tuesday, a day after hearing arguments. The 27-year-old Swanson hit .274 with 10 homers and 35 RBIs last season in an…… END_OF_DOCUMENT_TOKEN_TO_BE_REPLACED 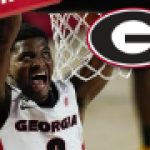 By The Associated Press ATHENS, Ga. (AP) — Toumani Camara scored 15 points, including a big three-point play, and Georgia rallied to beat No. 20 Missouri 80-70 on Tuesday night. Missouri (13-6, 6-6 Southeastern Conference) lost its third straight game. It blew a 48-35 lead following a dominant start to the second half. Justin Kier…… END_OF_DOCUMENT_TOKEN_TO_BE_REPLACED 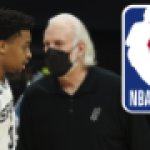 By TIM REYNOLDS The San Antonio Spurs are dealing with a coronavirus outbreak among four players, the NBA said Tuesday, meaning the team will not play until the middle of next week at the earliest. Meanwhile, Atlanta Mayor Keisha Lance Bottoms — whose city was picked to play host to the NBA All-Star Game and…… END_OF_DOCUMENT_TOKEN_TO_BE_REPLACED 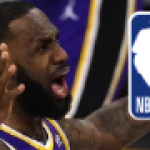 NEW YORK (AP) — LeBron James was warned Saturday for violating the NBA’s anti-flopping rule after a play in which the superstar appeared to fall dramatically with little or no contact. The league also warned teammate Kyle Kuzma for flopping in the same game, the Los Angeles Lakers’ 115-105 victory over Memphis on Friday. James…… END_OF_DOCUMENT_TOKEN_TO_BE_REPLACED

By PAUL NEWBERRY ATLANTA (AP) — No more football for Johnny Football unless it’s just for kicks. After a self-destructing pro career that never came close to fulfilling his enormous potential, Johnny Manziel says he’s done with the game that gave him his catchy moniker — even as he’s dabbling in a fledgling, fan-controlled arena…… END_OF_DOCUMENT_TOKEN_TO_BE_REPLACED 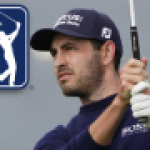 By DOUG FERGUSON PEBBLE BEACH, Calif. (AP) — Patrick Cantlay looked just as good Thursday at Pebble Beach as the last round he played 18 days ago. Jordan Spieth looked as good as his last tournament, too. Coming off a 61 in the California desert followed by at two-week break, Cantlay opened with seven birdies…… END_OF_DOCUMENT_TOKEN_TO_BE_REPLACED