By DAN MATHEWS
680 THE FAN, ATLANTA – I know, JJ Watt is not going to play for the Falcons. But, why can’t I dream about the perfect marriage it would be for the team?

The Falcons need a guy like JJ Watt. Remember back when he had his press conference rant about doing the little things on the job as an NFL player? He was basically telling players/anyone with the team to quit, if they didn’t want to do the job the right way. The Falcons do not have that player in their locker room.

JJ Watt is all work and really little talk. Commercial exposure does not mean that he’s seeking the attention. I got to know JJ a little, when he was drafted by the Houston Texans in 2011. He got booed the night he was picked by the team and told fans that he didn’t blame them for doing it.

From the very first day that he got to the team facility, he was known as a hard worker. He would put in work before and after practice. He said all the right things and always put the team first. It also didn’t hurt to see his play on the field lead him to becoming one of the most dominant players in the NFL.

During my time working in Houston, watching Watt at practice was especially fun. He practiced how he played. I remember once watching a pass rush drill, where the rusher would chase a player in front of them around a hoop, with both trying to get the tennis ball on the ground. Watt went and was completely gassed; out of breath after one turn. Another player stepped up to take their turn and Watt held up his hand to defensive line coach Bill Kollar and said he’d go again. It was to prove a point to his teammates that he’s always willing to fight for them, even when he’s clearly not 100 percent.

Another example of Watt’s positive perception as a worker, was when he got injured. It was training camp in 2012 and Watt was going through full 11-on-11 team drill in practice. After a simple stretch run play to the right side of the formation, there was a pile on the play. The players from both sides of the ball started to get off the pile and one player was still on the ground. It was JJ Watt. I remember standing next to former NFL veteran defensive lineman Seth Payne and hearing him say something that stuck with me to prove Watt’s reputation. “He’s not a lay on the ground type of guy.” It turns out that Watt would have a dislocated elbow and needed to miss some playing time. I tell this story, because even in the beginning of his second NFL season, he’d already earned the respect of those who played before him.

Yes, the Falcons would do backflips to have a player like JJ Watt for his talent alone. But for the reasons that I’ve mentioned, his qualities as a professional and person would benefit the team even more. If I’m being honest, I’ve always felt like the Falcons focused on the wrong things. There have been times where I feel like blame has been deflected for why they lost crucial games. Also, they’ve even seemingly tried to move past things (Super Bowl? 28-3?), without truly addressing the issues that caused them to lose. I feel like JJ Watt changes that.

He would show players what it means to be a standout NFL star. This shows in the effort that goes into your workouts, nutrition, preparation and practice habits. He also realizes that time is running out for a chance to win it all in the league. Sometimes its actually easier to allow yourself to lose urgency in trying to win in this league. I’m not saying that’s the case here, because the Falcons players definitely want to reach that goal. I just don’t know if they truly know how to get to that point. A player like Watt has those qualities. He has “the red ass,” as I like to say.

The Falcons don’t seem to have anyone who has “the red ass.” We always hear about guys showing their frustration behind the scenes or leaving things unsaid. STOP! Start saying it out loud, like Watt did with his rant. Start showing us that there’s urgency to bring a winner here. Again, a guy like Watt can help you get to that point.

This town badly needs a winner. We don’t want to hear about “the future” being bright and “better days ahead.” We’ve been hearing that crap for years. The future soon becomes the present and you have to start all over again. JJ Watt is in the present. He knows that he doesn’t have the luxury of “the future.” That is why I want this man in Atlanta. 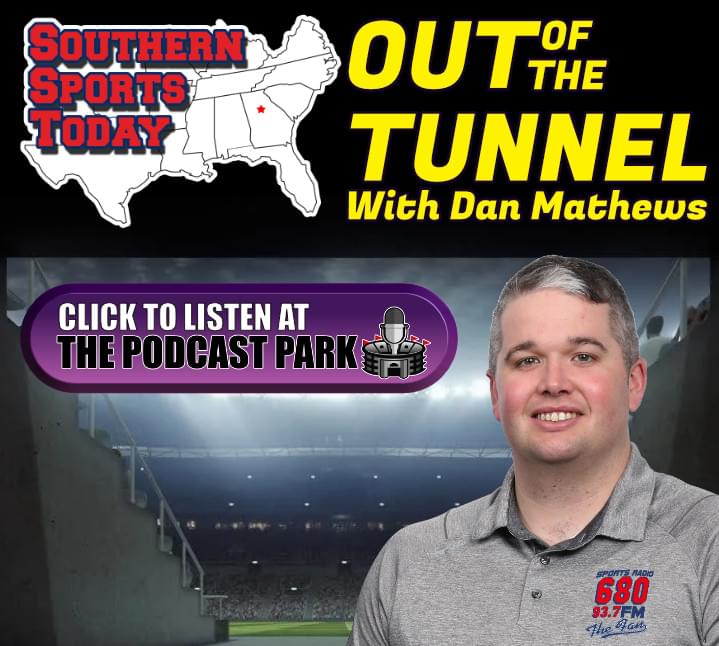 GET MORE DAN MATTHEWS! Listen to “Out of the Tunnel,” a podcast dedicated to sports in the south!