The schedule features 14 games at the Braves’ spring facility, CoolToday Park in North Port, Fla. The home opener is slated for Tuesday, March 2 at 1:05 p.m. ET against Minnesota. All day games will begin at 1:05 ET. Atlanta will play two home games under the lights, first on Friday, March 19 against Minnesota, and then on Saturday, March 27 against Baltimore. The first pitch of both of those games is scheduled for 6:05 p.m. ET.

Atlanta will wrap up its spring schedule with consecutive games against Boston, including the finale on Tuesday, March 30 in Fort Myers.

Ticket information for Braves’ games at CoolToday Park will soon be available at www.braves.com/springtraining. 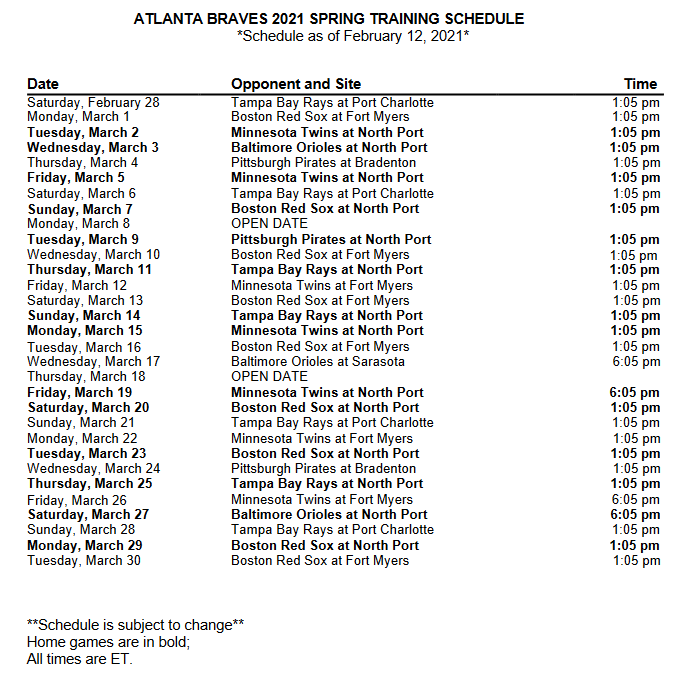