Well, hope you’re happy, Mr. (or Miss) There Are Too Many Bowls guy (or gal).

This long season through the pandemic has whittled the bowl lineup from the 43 that were originally scheduled to fewer than 30. That’s a lot less college football and there is no reason to be happy about it.

Most of us will miss the Bahamas Bowl, with its track around the field. And the Guaranteed Rate Bowl, whatever that is and wherever it was to be played.

It is understandable why so many teams were not keen on keeping this slog of a season going. Those that decided to suit up one more time deserve a round of applause.

More room should have been made for Army, of course. Surely, the Southeastern Conference would have survived without South Carolina playing in a bowl game after going 2-8?

This season, this year, has been anything but ordinary, but bowl season is still great and there is a good reason to watch each and every one of the games:

Why watch? About half Tulane’s game this season have been bonkers, with huge blown leads, wild comebacks and late-game heroics. Plus, its Angry Wave helmet logo sort of looks like it could be one of Santa’s elves and will help you get in the holiday spirit.

Why watch? When your friends are talking about Trevor Lawrence and Justin Fields being the top two quarterbacks in the 2021 NFL draft, you can say: “But have you seen Zach Wilson from BYU?” Also, you can start talking up UCF’s Dillon Gabriel for the 2022 draft.

Why watch? You still have Christmas shopping to do? It’s a pandemic! Shop online and enjoy Georgia Southern’s triple-option.

Why watch: Memphis quarterback Brady White plays the final college game of a distinguished 12-year career. OK, White’s only a sixth-year senior who was in the same recruiting class as Sam Darnold, Josh Rosen and Kyler Murray.

Why watch? Hawaii in the New Mexico Bowl in Texas on Christmas Eve is maybe the most 2020 bowl experience.

Camellia Bowl (Montgomery, Ala.): Buffalo vs. Marshall (plus 3)

Why watch? Interesting matchup of strength vs. strength. Marshall has the fourth-best run defense in the country and allowed four rushing TDs in nine games. Behind RB Jaret Patterson, Buffalo leads the nation in rushing and has 30 rushing TDs in six games.

Why watch? You can say you watched the first — and hopefully the last — bowl game with a 2-8 team.

Why watch? A coach who turns down Auburn to stay with the Ragin’ Cajuns? Check out ULL’s Billy Napier. At some point, he will be coaching in the Power Five.

Lendingtree Bowl (Mobile, Ala.): Western Kentucky (plus 4 1/2) vs. Georgia State

Why watch: A lot of people are really interested in what’s going on in the state of Georgia these days. This is more fun.

Why watch? The Jimmy Johnson Bowl, the winner gets to claim the former coach all to its own.

Why watch? If you want to watch a Pac-12 team this bowl season, this is one of two opportunities.

Why watch? Wisconsin in the Mayo Bowl. A perfect match for all that Badgers’ beef up front.

Why watch? Hawkeyes closed with a six-game winning streak and might be the second-best team in the Big Ten.

Why watch: The Big 12 team is the one with the pretty good defense. Crazy, right?

Armed Forces Bowl (Fort Worth, Texas): No. 22 Tulsa (minus 2) vs. Mississippi State.

Why watch? Tulsa LB Zaven Collins is a possible NFL first-rounder and the only player in the country with at least four interceptions and four sacks.

Why watch? Arizona needs a coach and San Jose State’s Brent Brennan is a former grad assistant for the Wildcats. Will the Spartans get to leave with him?

Why watch? Hogs vs. Frogs sounds like an appropriate way to end a year that has felt apocalyptic at times.

Why watch? Bearcats get the opportunity to score a victory for all those disrespected Group of Five teams. These Bulldogs, with J.T. Daniels at quarterback, might be looking to set the tone for next season.

Why watch? Northwestern is trying to extend a three-game bowl winning streak. Not a big deal for many schools, but the Wildcats did not win a bowl game until 2012 and have won four of five since.

Why watch? The last time the Crimson Tide played the Fighting Irish in a big postseason game it ended 42-14. Can it get any worse?

Why watch? The eight-win team is an underdog to the four-win team, which is weird.

Why watch? How will excitable Indiana coach Tom Allen celebrate with his players and will he survive it? He says he has gotten black eyes and lost teeth before from sideline antics.

Why watch? Oregon DE Kayvon Thibodeaux was a monster in the Pac-12 championship game and will be one of the best defensive players in the country in 2021.

Why watch? Notre Dame’s 31-17 victory against the Tar Heels helped keep the Aggies out of the playoff. Think Texas A&M would like to top that?

Follow Ralph D. Russo at https://twitter.com/ralphDrussoAP and listen at https://westwoodonepodcasts.com/pods/ap-top-25-college-football-podcast/ 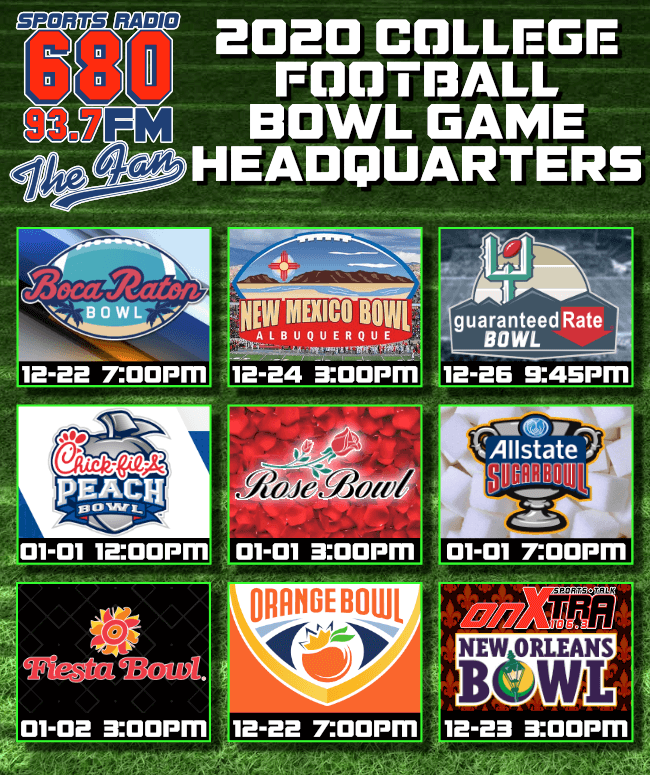