There is losing, and there is LOSING.

The Atlanta Falcons have mastered the capitalized version.

Blown leads, botched onside kicks and, last Sunday, scoring when they shouldn’t have. It’s all added up to a 1-6 record, a coach and general manager fired, and ridicule across America for what is actually one of the NFL’s best organizations.

It might be a stretch to say that the Falcons’ foibles in 2020 date back to when they set a Super Bowl record for losing from ahead in the 2017 game against New England. Or maybe not. Clearly, Atlanta has shown a penchant for monumental collapses.

On Thursday, they head to Carolina, already having lost to the Panthers this season, although not with a spectacular stumble. That was the final game for coach Dan Quinn and GM Thomas Dimitroff.

Some believe the best advice for the Falcons is to simply plow ahead, while others insist they must learn from these fiascos.

“Playing on Thursday night makes you get out of the funk that you’re in after a tough loss,” Falcons quarterback Matt Ryan said. “So, I think getting back into a game plan quickly, talking with coaches, starting to make plans for Thursday night kind of helps.”

The Panthers, 3-4 in their first season under coach Matt Rhule, have been a pleasant surprise considering they were pegged to be the NFC South’s tail-ender. They hope to get back star running back Christian McCaffrey, who can be a difference-maker if he’s fully healed from a high ankle sprain. 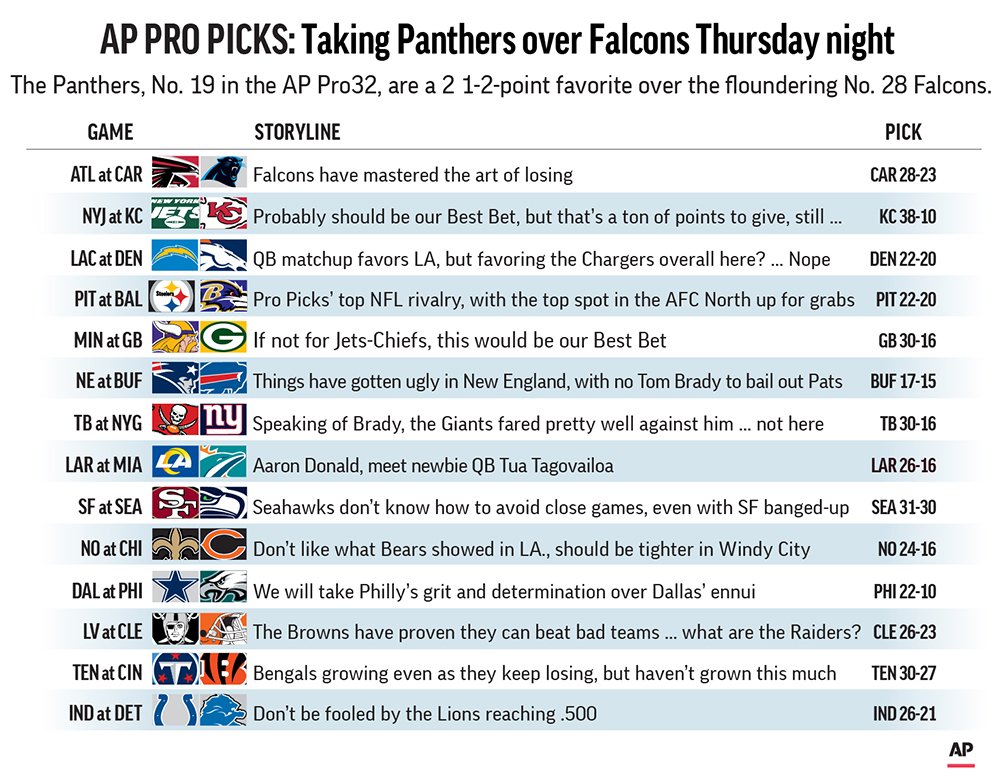