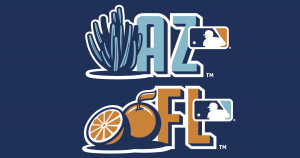 KEVIN MCALPIN
680 THE FAN, ATLANTA – It’s been one month since Spring Training came to a sudden halt as sports leagues dealt with the increasing threat of Coronavirus. Over the last four weeks, a handful of proposals have popped up with ideas on how to start the MLB season, most of which haven’t made a whole lot of sense. But, late last week, Bob Nightengale posted a story suggesting the possibilities of eliminating the traditional American and National Leagues in favor of the Cactus and Grapefruit Leagues in both Arizona and Florida.

There’s a number of reasons why I like the latest idea. Right now, there’s no such thing as a bad idea. I like the fact that the League and Players Association are trying to get creative to find ways to make the 2020 season happen. And from some of those ideas, other more practical ideas should and likely will arise.

First and foremost, keeping travel at a minimum will likely be a big piece of this. I can only speak to the experience in Florida, but this spring, the travel was significantly easier and shorter. If this proposed idea was to move forward, the Braves would find themselves in a division with the Rays (25 minutes away in Port Charlotte), Orioles (40 minutes north in Sarasota) and Red Sox and Twins (both located in Fort Myers, less than an hour from North Port). In addition, the other two Grapefruit League divisions would also feature teams geographically less than an hour apart. Also, the facilities these teams have feature state of the art fitness centers, fields and clubhouses so most of the players now get all the comforts of home even if the park is one-fourth the size they play in their home cities.

Secondly, it’s completely different than anything we’ve seen before. Let’s be honest, we all hope to see a 2020 season start sooner than later. And, nothing about this season will be traditional. With NL and AL teams merging into different divisions, this could also pave the way for the universal DH, something that was likely going to happen when the new CBA is up following the 2021 season. I love it. It’s outside the box. It’s felt inevitable that this was going to happen at some point…why not start it a year or two early?!

I also like this idea way more than the one floated earlier in the week, regarding all 30 teams being quarantined in the Phoenix area. It felt like quite a reach to try and expect thousands of players, coaches, support staff, Front Office, etc. to all be under one roof and separated from their families for such a long period of time. Even if these games are played in empty stadiums, the thought of having the game back in the summer months is one that everyone is striving to find ways to make happen.

Will it happen? Only time will tell. But the fact that both sides are talking, trying to come up with creative ways to get the boys of summer back on the field in a safe manner should have everyone encouraged that we could hear them say “play ball” in the next few months. One thing is for certain, keeping a running diary or journal of everything we experience when the games do return will be something books and movies will be written about. Until then, I’m excited to see what other ideas and suggestions arise from both sides of the aisle.