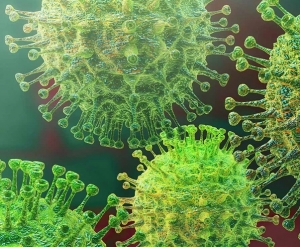 BY KEVIN MCALPIN
ATLANTA, GA – One week ago, the Braves were getting ready to take on the Red Sox at CoolToday Park in North Port. That was the night Major League Baseball announced that clubhouses would be closing to the media in an effort to help curb the spread of COVID-19. In the last seven days, Spring Trainings have abruptly shut down operations, leaving fans to wonder what’s next when it comes to the 2020 season. Obviously, the health and well being of everyone involved is the most important caveat here. On Monday afternoon, Major League Baseball announced the start of the Regular Season would be delayed in accordance to the new CDC recommendation restricting events of more than 50 people for at least the next eight weeks. This means that at the very best case scenario, we’d be looking at early to mid May, which still feels extremely optimistic at this point.

“MLB will keep fans updated on decisions regarding plans for the 2020 schedule in the days and weeks ahead” a statement from the League said today. “We will continue to monitor ongoing events and undertake the precautions and best practices recommended by public health experts, and urge ball baseball fans to follow suit” the release added.

While the Commissioner’s Office has said they intend to play a full 162 game schedule, pushing everything back by at least two months will make that a nearly impossible feat to accomplish. Even with double headers or seven inning games, players will still need days off sprinkled in following extended stretches or travel east from the west coast. Also in play is the possibility of skipping the All-Star Break for the first time since World War II. These are certainly unprecedented times and speculating on when things could return to normal would be extremely premature at this point. As in last week, with things changing as rapidly as they are, we are once again left with far more questions than answers. But at the end of the day, what’s most important is the health and well being of everyone involved. Stay safe, friends.