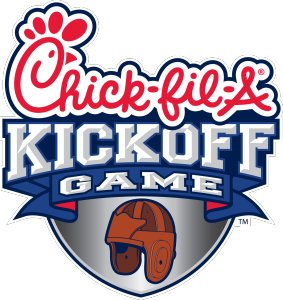 ATLANTA (May 22, 2019) – Tickets for the 2019 Chick-fil-A Kickoff Game featuring Duke vs. Alabama on Aug. 31 are now available for a limited time as part of a public sale. The public sale offers multiple options for fans to attend this year’s game at Mercedes-Benz Stadium, including the opportunity to purchase tickets to the College Football Playoff Semifinal at the Chick-fil-A Peach Bowl on Dec. 28.

• Chick-fil-A Kickoff Game VIP Club Level Seats: Features midfield, lower level seats, with all-you-can-eat-and-drink access from gates opening until the end of the third quarter in an exclusive club area for $550 a ticket.

• Chick-fil-A Kickoff Game Upper Level End Zone with a Pregame Field Tour: Consists of upper level seats in the lower rows, along with a guided field tour prior to the game for only $125 a ticket.

The 15th installment of the nation’s longest-running kickoff game will feature the first meeting between Duke and Alabama since 2010, an Alabama win in Durham. The Crimson Tide lead the all-time series 2-1, having also beaten the Blue Devils in 1972 following a Duke win in 1945. Duke will be making its first appearance in the Chick-fil-A Kickoff Game, while this year’s matchup will represent Alabama’s sixth trip to Atlanta for the game.

Since its creation in 2008, the Chick-fil-A Kickoff Game has sold out 11 of its 14 contests and averages more than 68,973 fans for each game – higher than 36 bowl games from last year.

For more information or to purchase tickets, visit Chick-fil-AKickoffGame.com/TIX