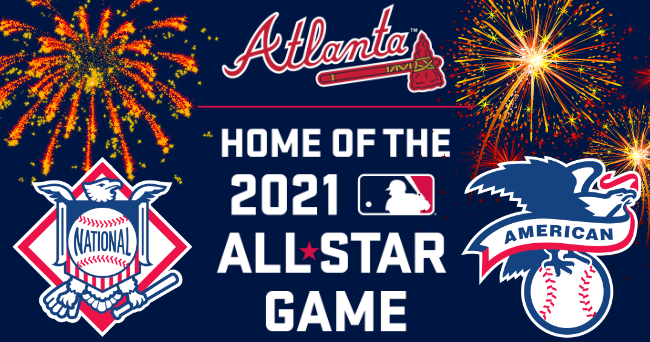 ATLANTA (AP) — Major League Baseball’s 2021 All-Star Game will be played at Atlanta in what could be the first national showcase for SunTrust Park since the stadium opened in 2017.

Baseball Commissioner Rob Manfred made the announcement before the Braves played the Washington Nationals on Wednesday night.

Manfred said SunTrust Park and the adjacent Battery mixed-use development is “the best in baseball.”

Manfred was joined by some of the Braves’ most prominent former players, a group that included Hall of Famers Hank Aaron, Chipper Jones, Phil Niekro, Tom Glavine and John Smoltz.

Braves manager Brian Snitker said the All-Star Game will be an opportunity to “let the world see what we have going on here.”

This will be the third All-Star Game in Atlanta. The 1972 game was played at a ballpark best known as Atlanta-Fulton County Stadium. The 2000 game was at Turner Field, the former 1996 Olympic Stadium that was the Braves’ home from 1997-2016.

The National League will be host six times in seven years. This year’s All-Star Game is July 9 at Cleveland’s Progressive Field and next year’s game is at Dodger Stadium in Los Angeles.