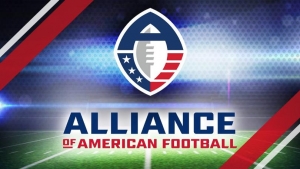 “We were all looking around saying, ‘Does anyone miss kickoffs?’ The answer was, no, we did not miss them,” said Mike Pereira, the NFL’s former vice president of officiating who is a consultant for the latest attempt at a spring league.

So, yes, when the eight-team AAF kicks off this weekend, there will be no kickoffs as a nod to player safety and one of many twists to make games faster.

There will be plenty of other differences between the NFL and the AAF, which was founded by Bill Polian, a Hall of Famer and former NFL general manager, and Charlie Ebersol, a longtime TV and film producer.

Among them will be a ninth member of the officiating crew, called a SkyJudge who will be in the press box and can instantly correct “obvious and egregious” officiating errors, like the one that marred the NFC championship game. Overtime will be different, too.

The AAF opens Saturday with the San Diego Fleet visiting the San Antonio Commanders and the Atlanta Legends at the Orlando Apollos. Games continue Sunday with the Memphis Express visiting the Birmingham Iron and the Salt Lake Stallions at the Arizona Hotshots.

Those games will start without kickoffs. There will still be a coin toss, with the winner deciding whether to receive or defer. The team that gets the ball will simply send out its offense to start from its 25.

“The players got used to it very quickly,” Pereira said in a phone interview from his home in Sacramento. “It’s a bit of a timesaver. Our goal is to play in 2 1/2 hours.”

Perhaps the most timely change is the SkyJudge, who is able to use real-time technology to correct clear errors involving player safety anytime during a game and pass interference inside of five minutes left in the fourth quarter.

The SkyJudge was already in place before the non-call late in the NFC championship game that pretty much cost New Orleans a spot in the Super Bowl. NFL officiating chief Al Riveron called Saints coach Sean Payton after the game and admitted the game officials missed the helmet-to-helmet hit and pass interference penalty by Rams defensive back Nickell Robey-Coleman.

Pereira said it was modeled in part after the college targeting rule, which allows replay to step in and call targeting even if was not called on field, or take it off if was called but wasn’t not really targeting.

“If you get a helmet-to-helmet spear and it’s not called on the field, it can be picked up by the ninth official,” Pereira said. “He has the ability to do it in real time. It doesn’t go to replay. … He can call down to the field and say, ‘Hey, spearing on No. 33 of Birmingham, 15-yard penalty, let’s go.’

“It’s correcting errors on the field by another member of the officiating crew without having to go to replay to do it and having a three-minute stoppage to do it.”

If the SkyJudge gets a quick replay, he could view it before the ball is snapped. They just can’t delay the next snap.

Also gone are onside kicks and point-after kicks. When teams score touchdowns, they must try a two-point conversion. Field goals are still OK, except in overtime. The play clock will be reduced from 40 seconds to 35 seconds. The AAF will also go back to the original NFL replay scheme of giving each team two challenges, and that’s it. That means no time-consuming video reviews for turnovers and touchdowns.

While onside kicks are out, “onside conversions” are in, if a team is trailing by 17 points or for either team inside of five minutes remaining in the game.

So, rather than trying an onside kick, a team must convert a fourth-and-12 from its 28 in order to keep the ball.

“It was an exciting play in these preseason games. You get one play and if you reach the 40, you keep ball. If not, the ball goes over to the other team. It can be punitive. If you your throw an incomplete pass, the receiving team gets the ball at the 28-yard line. At least it gives teams an opportunity.”

In overtime, each team will get the ball once, first-and-goal from the 10. Teams have to score a touchdown and go for two points. Field goals aren’t allowed. The other team then gets a series and can either match the other team or win.

Games can end in ties. “We’re not afraid of ties,” Pereira said. “It creates some excitement.”

Again, the goal is quicker games.

“What’s nice is we’re experimenting with things the NFL has talked about,” Pereira said. “In preseason games these changes proved effective. We had points.

“No disrespect to 13-3,” he said, referring to New England’s win against the Los Angeles Rams in the lowest-scoring Super Bowl ever, “but we’d much rather see 31-28.”