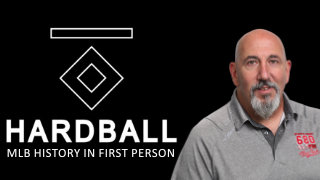 ATLANTA (AP) — Shaquille O’Neal has been to enough parties before Super Bowls to know that he can do much better.

“I’ve been to a million Super Bowl parties the past 15 years, and they’re all boring,” O’Neal said. “So this is Atlanta, I’m bringing the party to Atlanta. I wanted to do something big, so I called my friends.”

He’s bringing “Shaq’s Fun House” to Atlanta on Feb. 1 with a little bit of everything, from the Migos, a Waffle House pop-up diner and a Ferris wheel to even Cirque Du Soleil featuring a special appearance by the NBA Hall of Famer himself.

“I’m doing rehearsals now, and it’s going to be epic,” O’Neal said of his part in “Mystère.”

“It’s going to be talked about, and hopefully people pull out their phones and it goes viral because that’s my favorite show, ‘Mystere’ by Cirque Du Soleil. I know I was a great athlete, but these guys are some of the finest athletes in the world. Every time I’m in Vegas for the past several years I always hit up a show.”

O’Neal brought his Fun House experience to Florida during Miami Music Week in March, and he wanted to outdo that. For music, he’s tapped rap trio Migos, DJ Tiesto, Lil Jon, T-Pain, plus Grammy-award winning producer and DJ Diplo. O’Neal also will perform a set as DJ Diesel. The Fun House also will feature a carnival midway and food from Atlanta restaurants.

“There’s two things that bring people closer together despite what’s going on in the country,” O’Neal said. “That’s sports and music, and I happen to dominate in both. So when I was putting this together I was saying, ’OK, I want part music festival. I want a carnival. I want a circus, and I want to do it on a nice, big platform, and I want to have fun doing it.”

O’Neal said he learned approximately a thousand people couldn’t get into his Miami party, which was secret invite only earlier this year. That’s why this party will be held at Live! At Battery Park at SunTrust Park, home of Major League Baseball’s Atlanta Braves. A limited number of tickets will be available to the general public for this party starting Thursday morning beginning at $249.99, with VIP tickets for $999 for access to a fast entrance and other VIP areas.

“We’re going to have a good time,” O’Neal said.