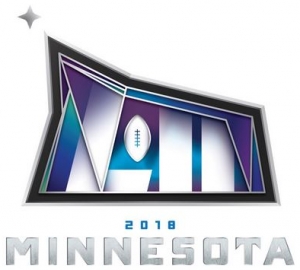 SUPER BOWL WEEK HAS ARRIVED
You know that an asteroid is due to pass by the earth on Super Bowl Sunday? Knowing my luck the Eagles will have a big lead and I’ll be ready for champagne right as it hits with 5 minutes on the clock! Falcons fans, you can relate right? Most of the nation is rooting for your team to upset the Patriots. It appears everything is going very well. Then the bottom falls out.
I would imagine that this Sunday watching the Super Bowl will be met with a little less enthusiasm in Atlanta. Not only are the hated Eagles representing the NFC, but this is the first of a lifetime of rip off the band aid moments of memories rushing back from last season. 28-3 is the worst sports memory that the city will ever own, until it doesn’t. I would fully expect many will want to avoid this game like the plague. I would suggest it gives you a chance to dream. Tighten up a few things and the Falcons can host Super Bowl 53 in their own building. That might get you through a tough 4 hours. 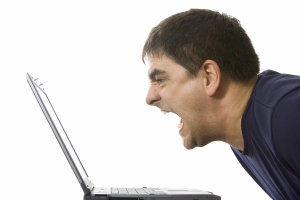 I WISH I COULD SHARE ALL MY EMAILS WITH YOU

David Dickey has a policy about profanity on the 680 website or I could share some real gems with you. Partners in law firms, doctors and school teachers are only a few of the folks who took the time to send nasty emails after the Eagles advanced to the Super Bowl. Now many of you were classy and congratulatory, but there was a segment that decided to go very low brow. To them I suggest, growing up.
I’m sorry that you are so offended that I am loyal to the team my grandfather, father and now myself devote endless hours of support to. Last year when the Falcons were in the Super Bowl run I couldn’t have been happier or more supportive. I don’t expect that of you. You gave no reason to like the Eagles or root for them. I personally love seeing the local teams do better because it helps the show and I like most of their players and staff. What I do expect is that grown men won’t act like keyboard bullies and say the nastiest things they would never say to my face. (Especially on their business emails)
Please, I know you are scheming to come up with a way both the Patriots and Eagles will lose next Sunday. I respect you for that. I enjoy the semi good natured ribbing. I don’t appreciate cowards on an email. 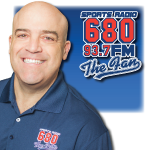 Any one of you that has listened to Atlanta sports radio knows that Steak and I have a very colorful “competitive” history. You may not know a few other things. Since I’ve been asked in person, on social media and via email let me fill you in.
Yes, I like Steak. (Preferably a marbled ribeye) No, I seriously like Steak. He’s a tremendous competitor, relentless salesman, truly unique and shares my drive and ambition. We see the world quite differently on many issues. We bond as fathers and husbands to women that are far too good for either of us. Believe me, it’s better competing with Steak than against Steak.
Don’t read too much in to radio confrontations. I assure you that they are not staged for your benefit, but when the mics are off I have no issue with my sparring partner. Now, if he is in a ball crying next Sunday night knowing I’ll never let him forget that the Eagles beat the Patriots in SB52 I will relish it forever! Believe me, he would enjoy it too. 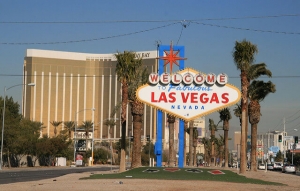 VIVA LAS VEGAS!
I will broadcast my portion of “Buck and Kincade” from the Mandalay Bay in Las Vegas on Thursday 2/1 and Friday 2/2.
I’ll join up with old friend Scott Ferrall on CBS Sports Radio on Friday night 2/2 live from the D Casino on Fremont Street between the hours of 11pm – 1pm ET. Check out the CBS Sports App if you can’t find it.
My Sunday edition of the JK Show will instead come to you live on 680 The Fan from Noon-2pm ET on Saturday 2/3.