A WIN IS A WIN 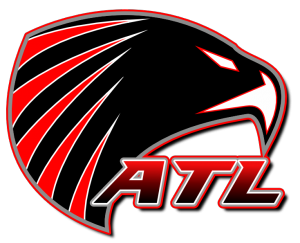 The Falcons were NFC Champions for the 2016 season. The previous 3 seasons they won 18 games…total. The truth is that they are probably somewhere between champions and mediocre. It is the good fortune of health and a few breaks that make a magical season. Last year, they got every break in the book.

Take a road win and savor it as you get ready to see the Falcons home opener. If you get 3 more road wins in the next 7 and end 4-4 you have a better than 50% chance to make the playoffs. That is all that matters. Get invited to the party this January.

Falcons fans need to realize a young team will still have growing pains, even if they played in the Super Bowl

MEDIA DOUBLE STANDARDS ARE A JOKE

Unlike the vast majority of people commenting on Jemele Hill from ESPN this week, I can speak from first person experience. I had the pleasure of working with Jemele on ESPN Radio about 5 times back when I was with the network. I can tell you that she was an absolute pleasure to work with. We laughed a lot, she was a professional and very easy to converse with. I enjoyed every shift I worked with her. That is why the Jemele Hill that decided to use the 9/11 Anniversary as an appropriate time to attack the President in what appears to be no less than an unhinged diatribe confuses me.

It’s been a confusing couple of years in my industry. It seems as if many in the sports world believe they are also experts in politics. I love talking politics, sharing opinions and debate as much as anybody. I also understand that every opinion I may hold is not the only possible correct analysis or point of view. You see, I’m an adult. I grew up. I learned long ago that people have different life experiences and opinions and when civilly discussed there is an opportunity for growth from all sides. Unfortunately, the culture of today is to accept one world view and then shout down and demonized those who dare to disagree with it.

I don’t tune in or read the work of Jemele Hill for her politics. I figure my listeners don’t tune in for mine either. I have no issue with anyone choosing to share their opinions on anything that they wish. I do disagree with those, like Jemele, that choose to label millions of Americans and create discord all because they think they have all the answers. This hysteria has amped up since the election results last year. In the media though, if you have a left leaning world view it appears you are in a protected class. Linda Cohn learned you can’t even suggest that viewers may be turned off by the constant political lean. She got suspended. Jemele Hill didn’t. Don’t get me started on Curt Schilling because I am of the opinion that he got exactly what he deserved. I also know he was given many opportunities to change his act.

I chose to sit out the 2016 Presidential Election for just this reason. I didn’t sit out my civic responsibility, I voted for every other race on the ballot. I grew disgusted with the vitriol and verbal trash being strewn across the media landscape. What I never thought I would see is an agenda to only allow one side of the political spectrum to be represented.

If you are calling for Jemele Hill to be fired, please grow up. Her employers will decide how long she is valuable to them. She is talented and has a voice worth listening to many issues. I just wish she learned to exercise a little more professionalism, class and self control when doing it. The angry tweets and slanted name calling only portray her in a negative light. I know she can debate and converse civilly. I have done it with her quite a few times. Let’s all make an effort to dial down the nasty. It reflects as much on you as it does your target if the day.

And yes, if I had ever attacked the last sitting President in such a vile, nasty and childish manner I would have been fired. You know it. I know it