Luiz Gohara has strong outing for the Gwinnett Braves

Braves shortstop Dansby Swanson went 0-for-4, dropping his average to .217. 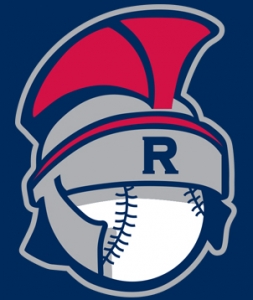 Tom Brady turns 40 today...So we now have that in common

Patriots tight end Rob Gronkowski came up with a pretty good idea for a 40th birthday present for quarterback Tom Brady when he said he gets Brady touchdowns because all the quarterback wants is for his receivers to catch the ball.

More importantly what does GIsele get him? Does she dig into the outfit drawer?!?!

As things stand now Colin Kaepernick remains the biggest-named free agent in football with training camps getting going. And everyone seemingly has an opinion on his situation. Former NFL quarterback Kordell Stewart is no different.

“Right now he’s not giving himself a chance,” Stewart said, via NFL No Huddle (h/t Pro Football Talk). “I don’t think it’s the owners; I think it’s more or less Colin Kaepernick in my mind. Stay off of social media, and when it comes to the political side of everything, you can express yourself, you can do it quietly.

Stewart seems to be blaming Kaepernick for his current situation. It’s pretty much the same stance future Hall of Fame linebacker Ray Lewis has taken recently.

No matter where we stand on the Kaepernick-led National Anthem protest, we can all agree that his on-field resume speaks for itself. The former Super Bowl quarterback put up 18 total touchdowns compared to four interceptions for the then talent-stricken San Francisco 49ers last season.

Stewart seems to agree with this sentiment.

“You see what’s taking place with him right now,” the former Pittsburgh Steelers starting quarterback said. “He’s not even getting a chance to play and he’s better than 90 percent plus of the backups playing in the National Football League, let alone some starters that are playing right now.”

Von Miller: 30 sacks in a season is 'definitely doable'

Oakland Raiders star Khalil Mack recently told Peter King that he wants to record 30 sacks for the 2017 season. While the goal certainly is lofty, it’s something that Denver Broncos linebacker Von Miller sees as realistic.

When you think of it that way, it seems possible.

Still, it has to be pointed out that Mack has never recorded more than 15 sacks in a season. Miller’s career high, meanwhile, if 18.5. Those are great numbers, but a far cry from 30. In fact, nobody in NFL history has come remotely close to 30. Michael Strahan’s single-season record is 22.5.

Where ESPN’s ‘College GameDay’ Will Be Week 2 (Probably) 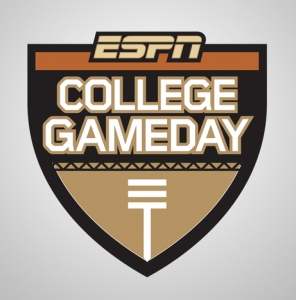 Here’s where ESPN’s College GameDay will probably be Week 2:

We now know, officially, where ESPN’s College GameDay will be Week 1 of the 2017 college football season.

The pregame show announced on Twitter this morning that it’s headed to Atlanta for the Alabama-Florida State showdown. It could, potentially, be a No. 1 vs. No. 2 matchup. We’ve never had that to start the season.

So, where will they be Week 2?

GameDay has a couple of other good options – most notably, Clemson hosts Auburn in a 7 p.m. E.T. contest on ESPN that day – but we can’t see the show passing on the opportunity to be in Columbus for a top 10 showdown.

It’s shades of 2000 all over again for Allen Iverson — who was just suspended 1 game for blowing off the BIG3 in Dallas.

As we previously reported, The Answer was a no-show in Dallas last weekend when his team — 3’s Company — was scheduled to take on Team Power.

Iverson had been hitting the casinos hard in Chicago before the game — and was spotted at a Chicago restaurant Sunday night, after blowing off the league.

Iverson apologized to Ice Cube but did not explain his absence publicly.

Floyd Mayweather is expecting to make more than $300 MILLION from his fight with Conor McGregor … which would break down to more than $8 MILLION per minute in the ring.

The boxer spelled it all out for Showtime’s “All Access: Mayweather v. McGregor” — explaining why no other professional athlete in the world is more bankable.

Not a bad deal.

As for Conor, the UFC fighter is expecting to rake in around $100 mil for the August 26 superfight — but it’ll be largest payday an MMA fighter has ever made … so he’s not complaining either.

Suge Knight, the former rap impresario and founder of Death Row Records, has been indicted by a grand jury in Los Angeles County for making criminal threats.

The violation cited on court papers obtained by Variety dates to Aug. 8, 2014, while F. Gary Gray was shooting the movie “Straight Outta Compton.”

Knight is scheduled to be arraigned on Aug. 3.In January, 2015, Knight was arrested on murder charges for running over Terry Carter while on the film’s Compton set with his car.

According to TMZ, Knight was “extremely unhappy with his portrayal in the movie” and threatened the director by text. The website says Gray was interviewed by Los Angeles police at the Slauson Swap Meet where “Straight Outta Compton” was filming.

It is the latest in a long line of legal problems for Knight, dating back to 1987, when his then-girlfriend filed a restraining order against him and he shot a man in the leg and wrist while attempting to steal his vehicle. The legal troubles continued to pile up since then. In 2014, he was arrested in Las Vegas in connection with an armed robbery, along with comedian Katt Williams. That same year, he was shot at a pre-MTV VMAs party hosted by Chris Brown.