COULD THE BRAVES’ 2017 SEASON GOING TO GO DOWN AS A WASTED OPPORTUNITY, FALCONS CAMP – PRAY FOR GOOD HEALTH, AND SUMMER TRAVEL IS OVER!

IS BRAVES 2017 GOING TO GO DOWN AS A WASTED OPPORTUNITY?

First of all, yes, the Braves are most certainly an improved product in 2017. How much they will actually end up improving in the win column is yet to be written. This has been a more interesting summer, but I can’t help but think we will look back at this summer as a wasted opportunity.

The Braves got to 45-45 on July 16th and things were looking up. Optimism was running high and they continued with the experiment of getting weaker at 2 defensive positions by moving Freddie Freeman to third base to keep Matt Adams in the lineup. The race deadline has passed and they failed to move veteran assets like Brandon Phillips and Jim Johnson. They held onto Adams and his production after an amazing run is bottoming out to his normal levels. It appears that the Braves held on too long instead of moving him while he still had a hot hand.

Considering that we are just now getting to see players like Ozzie Albies and Lucas Sims with the big league club in August, what have we learned about 2018? We aren’t sure what Dansby Swanson will ever become and if he can play the short stop position competently. The rotation doesn’t have a lot of solid answers going forward IF there are dreams of 2018 contention.

The Braves are 3-11 since that .500 record in mid-July. They have the worst record within their divisional games at 18-26, including a 2-9 record vs. the Phillies.

My guess is that unless there is dramatic turn of events, Brian Snitker will take the bullet for the struggles that turned this season from one of great promise to another of massive question marks. In the last 2 months, the Braves need to find answers for 2018. If not, this summer was nothing more than spinning their wheels.

There are many things that could go right for the Falcons in 2017. Truth is that none of it can happen without good health. The dramatic success of 2016 was directly attributable to the Falcons being the healthiest team in the NFL. The offensive line stability was a huge reason that the Falcons had the 8th best scoring average of all time.

We will discuss a lot of things in the coming weeks on the show. Once again, anything less than a ten win season will be a shock to me. The only thing that can stop this team from being in the mix is poor health. Unfortunately in the NFL it happens all the time.

SUMMER TRAVEL IS OVER 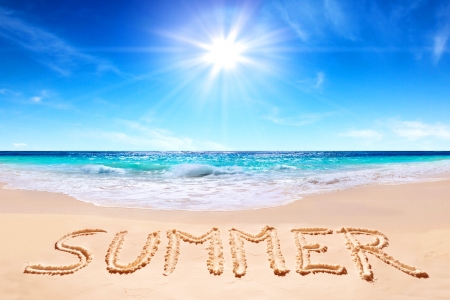 I know that I have been off a lot this summer. It’s completely necessary to reconnect with family any chance that you can.

From Palm Coast, Florida to Las Vegas, Nevada to Philadelphia, Pennsylvania we have traveled all over this summer.

I look forward to a great Fall with you on Buck and Kincade.