College football’s offseason always has some weird incidents, but Vanderbilt might have just claimed the strangest.

According to the Atlanta Journal-Constitution and Nashville police, three Vanderbilt players were shot by a man who stole one of the players’ phones.

According to the AJC, Daley and Coppet were both shot. There is no word on their health status or their status with the team.

Remember, vigilante justice is not a good idea and usually doesn’t go as planned.

After Jourdan Lewis signed with the Cowboys on Tuesday night, the number of unsigned draft picks across the NFL stands at just ten.

Seven of those 10 picks were selected in the first round.

First-round picks can sign a four-year contract with a fifth-year option while all remaining draft picks can only sign four-year deals. 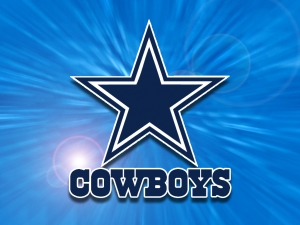 The Cowboys insist they’re happy with Kellen Moore. If that’s the case, then it appears they’re not happy with what they have behind Dak Prescott and Moore.

Russell went undrafted and unsigned, though he earned a tryout at the Raiders rookie minicamp last month.

The Cowboys didn’t draft a quarterback, though they kept an eye on University of Miami’s Brad Kaaya, who was selected by the Lions in the sixth round. Dallas signed rookie free agents Cooper Rush and Austin Appleby. Rush remains on the roster, but the Cowboys waived Appleby to claim Zac Dysert.

After getting Dysert, the Cowboys worked out Ryan Nassib. Now, it’s Russell.

So why did Bucs coach Dirk Koetter urge fans not to sell tickets to Raiders fans as Tampa Bay prepared to host Oakland last year? Koetter knows what can go wrong when too many fans of the road team invade a stadium.

“The first year I was here, and we played a couple of those teams from the northeast, the traditional teams that travel well,” Koetter said on The Ira Kaufman Podcast, via JoeBucsFan.com. “I mean, we had to go to [the] silent count in our own home stadium, and that’s just not right.”

Koetter typically treads lightly when talking about his belief that fans should support the team, possibly because he knows that the response will be, “Give us something worthy of support.”

“The organization, the fans and the team has to play better, OK?” Koetter said. “Any time I start talking too much about my role with the fans, they’re going to slap me right back down to earth. And there’s always going to be a bunch of people [saying], ‘Hey, Dirk, worry about coaching the team.’ And I get that; that’s my ultimate job. But I’m always looking to give us every advantage we can get because it’s all about winning. I’m worrying about motivating my team, but I want the fans’ help. Because we need the home field advantage.”

The Titans made Vince Young the third overall pick in the 2006 NFL draft, and he played five seasons in Tennessee, all for coach Jeff Fisher. Young doesn’t think Fisher did much to help him develop as a franchise quarterback.

Young detailed for Sports Illustrated all the ways he felt mistreated by Fisher, who declined to comment for the story.

“I’m going to expose his ass,” Young said of Fisher, detailing the following issues between them:

Kevin Durant and Russell Westbrook aren’t exactly best buddies these days. In fact, the two of them haven’t really been on speaking terms since Durant abandoned Westbrook last offseason en route to winning a championship with the Golden State Warriors.

So, when Durant congratulated Westbrook for winning the MVP trophy Monday night (via his official YouTube page), it was quite a noteworthy event.

“Huge congrats to Russell Westbrook on MVP, that boy went out there and was a created player on 2k all year, F’n balled out. Gotta respect it!”

It’s really impossible to argue Westbrook didn’t deserve the honor. He broke an NBA record by recording 42 triple-doubles, averaged a triple-double throughout the season — 31.6 points, 10.7 rebounds and 10.4 assists per game — and took his team, sans Durant, to the playoffs.

Durant and Westbrook have quite a history together as teammates for eight seasons as members of the Oklahoma City Thunder. They also reached the NBA Finals together in 2012 but fell short of the ultimate goal.

It’s nice to see Durant with the olive branch of respect to his former running mate. Though, it might take a bit more time and distance before Westbrook is willing to reciprocate.

When New York Knicks owner James Dolan handed the general managing reins over to Phil Jackson in March 2014, he hoped to win over the long-suffering fan base with a top-line, proven basketball mind. Ironically, he may accomplish that goal today by scuttling Jackson out of town.

Dolan did not get a great return on his investment judged on the balance sheet. Or the box scores. Or the overall mental health of the paying customers.

We now have proof Bill Belichick is secretly a happy, smilin’, ooey-gooey romantic … courtesy of a lovey-dovey photo shoot with his girlfriend!!

The New England Patriots coach showed off his MUCH softer side with his longtime GF, Linda Holliday, for N Magazine … strolling through meadows, holding hands, and other mushy stuff.

B.B.’s only wearing one of his Super Bowl rings, though (he went with S.B. 49) … and even lets Holliday wear it on THAT finger for a couple pics.

The shoot almost comes off as a wedding photo shoot.

This is weird and fun …

Taylor Swift just made a congratulations video for newly crowned NBA MVP Russell Westbrook joking with the guy like they’ve been buddies for years — even though they’ve never met.

The Oklahoma City Thunder star got the award Monday night — and hours later, Taylor released the video saying, “Russell, it’s Taylor. Remember? I was the one who taught you how to play basketball?”

She jokes that she taught him everything he knows about basketball … he gave her the idea for “Shake It Off” … and that they go back 20 years.

She then admits they’ve actually never hung out together once.