You can now play golf at Turner Field

Turner Field may no longer be a baseball stadium after Sunday, but it still has life … as a golf course.

Stadiumlinks will turn Turner Field into a nine-hole course that will stretch over 1,000-plus yards of the concourses and field.

Registration is open for the three-day event that begins Oct. 14. Participants must register as a two-some or four-some, with each round costing $60 per person.

The San Diego Padres partnered with Callaway Golf last year to turn Petco Park into a golf course. This is what that course looked like:

There will be a cash purse of $1,000 awarded to the top three scores and a $100 cash prize awarded for any hole-in-one.

Report: Texas ‘very close’ to moving on from Charlie Strong

According to Pete Thamel of Sports Illustrated, the school is “very close” to deciding to fire Strong once the season ends. No move will be made during the season, as the Longhorns do not see an obvious interim replacement on staff, but back-to-back road losses to California and Oklahoma State appear to be sealing his fate.

Longhorns officials are said to be pleased with the culture change that Strong has implemented, as well as his recruiting. However, there is a sense that Strong lacks attention to detail, a theory given further fuel on Saturday when the team had three extra points blocked in the first half alone.

It isn’t clear whether or not there is anything Strong can do to save his job before season’s end. Thamel reports that Houston coach Tom Herman will likely be a target of the Longhorns if and when Strong is relieved of his duties.

Strong is taking over play-calling on the defensive side and shuffling his staff, likely a last ditch effort to salvage something from a season that started so promisingly. It may be too late either way.

Philadelphia Eagles linebacker Nigel Bradham is in trouble with the law again. Bradham, who was charged with assault in July, was arrested with a loaded gun at a Miami airport.

“According to the police report, obtained by TMZ Sports, the 27-year-old had put his backpack through the X-ray machine at Miami International when TSA workers noticed a loaded firearm,” a TMZ report said. “Bradham told workers he forgot the gun was in the bag — and showed officials his concealed weapons permit.”

Fortunately for Bradham, TMZ quoted officials saying “it was clear that there was no criminal intent on his part.” After being booked on 2nd degree misdemeanor concealed weapons charge, he was released on a $500 bond.

It’s worth noting that in both arrests, Bradham could well deserve the benefit of some doubt. In July, the assault reportedly came because he was defending his girlfriend.

Still, two arrests in the span of two months is not a good look for anyone.

Bradham has started in all three of Philadelphia’s games this season. The Eagles were on a bye week in Week 4.

David West has been protesting national anthem for years

David West recently said he is unsure if he will stand behind Colin Kaepernick in protesting the national anthem this upcoming season. That could be because the veteran NBA forward has been protesting the anthem in his own way for several years.

Before a preseason game with his new team, the Golden State Warriors, on Saturday, West intentionally stood about two feet behind the rest of his teammates when they lined up for the playing of “The Star-Spangled Banner.” He later told Marc J. Spears of The Undefeated that he has been doing that for years because of issues “a lot deeper” than the one Kaepernick is calling attention to.

“What about education? What about infant mortality? How about how we die younger and our babies die sooner?” West asked Spears. “We die. [Black men] have the shortest life expectancy. C’mon, man. The health care system? There are so many [issues]. It’s like, whatever …

West said he respects the movement Kaepernick has started, but he fears it will fizzle out without making any real impact.

“What he is doing is great, but I think it’s going to pass, too,” West said. “I’m not as optimistic about everything as everyone always seems to be. I don’t wear it on my sleeve like I used to. I’ve gotten older and a little bit more mature in terms of my thinking. But I understand human rights issues.

As a show of support for Kaepernick, the Toronto Raptors locked arms during both the American and Canadian national anthems on Saturday. West stuck with his decision to stand two feet behind teammates, which is something he says Chris Paul tried to talk him out of when the two were teammates with the New Orleans Hornets several years ago.

Cam Newton raged WAYYY too hard in the Bev Hills mansion he rented after the Super Bowl — throwing crazy parties and causing nearly $100k in damage … this according to a new lawsuit.

The Carolina Panthers QB is being sued by Stacy Keibler‘s husband, Jared Pobre — who manages the luxury home rental company that leased an $11 MILLION pad to Newton back in March.

According to the lawsuit, obtained by TMZ Sports, Newton paid $123k to rent the place for 61 days — and agreed there would be NO PARTIES, no smoking and no more than 8 guests.

Problem is … the housekeeper snitched — telling the rental company Newton had been throwing multiple parties and leaving cigarette ashes all over the house.

In the suit, Pobre says his company warned Newton to cut out the funny business — and Cam responded by telling the housekeeper to quit diming him out.

When Newton moved out, Pobre says the house had been trashed — he broke an expensive fridge, caused water damage to the floors, ruined linens and worst of all … destroyed a fancy $32,000 rug.

We reached out to Cam’s camp for comment — so far, no word back.

Judge sets $250,000 bail for man accused of running on field during Bears game 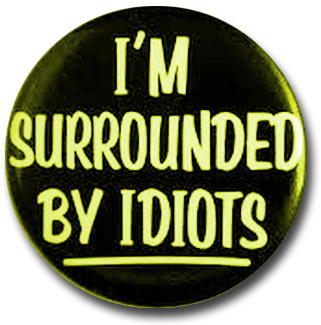 A judge set bail at $250,000 Monday for a man accused of running onto the field during Sunday’s Bears game dressed in a gorilla suit and a T-shirt that said, “All Lives Matter.”

Angelo Graham, 31, of Maryville, Tenn., was charged with felony criminal trespass to a place of public amusement, according to Chicago police. He appeared in bond court Monday, where Judge Adam Bourgeois Jr. ordered Graham held in lieu of $250,000 bail, court records show.

Graham’s arrest history dates to 2001, according to court records. His convictions range from drug possession and manufacturing or delivery of 1 to 15 grams of heroin and cocaine to the possession of a firearm by a felon and retail theft. Court records showed he previously had a Chicago address.

The Cook County sheriff’s office website showed Graham was booked into jail Monday and was still in custody Monday afternoon. His next court date was set for Oct. 11.

Video footage captured Graham, wearing an orange hat on top of the gorilla costume, running on the field toward the end zone during the fourth quarter of Sunday’s Bears game against the Detroit Lions at Soldier Field. He slipped and was tackled by security near the 40-yard line. The back of his shirt read, “Put the Guns Down.” Security personnel detained him until Chicago police arrived at the scene and took him into custody, police said.

“His change of direction was decent. No top end speed. Clearly poor choice in footwear because he slipped and fell. Proceeded to get pummeled,” he tweeted after the game. 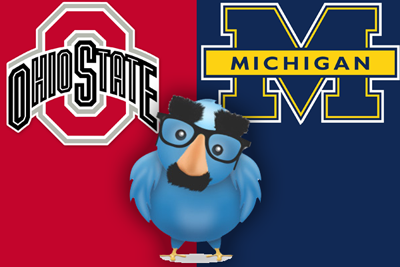 Shortly afterward Jim Harbaugh, coach of bitter rivals Michigan, joined him. But they, or somebody on their behalf, both faked their way to one million.

Sixteen months ago both coaches had around 270,000 followers, and as recently as a month ago, according to Twitter Counter, Meyer had 807,685, and Harbaugh had 797,068. But in the last month they’ve each gained about 200,000 followers, thousands each day. Between Sept. 13 and Oct. 3, for instance, Meyer somehow gained exactly 7,042 followers each day, while between Sept. 13 and Sept. 22, Harbaugh somehow gained exactly 5,582 followers each day.

Now, any popular Twitter account has numerous fake followers. Barack Obama has 37 million fake followers, though he also has 41 million real ones. And this doesn’t mean that Meyer or Harbaugh, or people on their behalf, bought the Twitter followers. It is incredibly easy, and incredibly cheap, to buy thousands of fake Twitter followers for anybody. But it is pretty funny that the battle between Michigan and Ohio State has continued off the field in just the dumbest place: Twitter.

Michigan told me that they haven’t purchased followers for any teams or coaches, while Ohio State didn’t immediately return a request for comment.