MARCH 26, 2021
680 THE FAN, ATLANTA – Kyle Waide, President and CEO of the Atlanta Community Food Bank, joins Cellini & Dimino with news about the “Virtual Hunger Walk / Run Fundraiser,” the work ahead as we emerge from the COVID-19 food insecurity situation, and what the goals of the Community Food Bank are going forward into 2021. 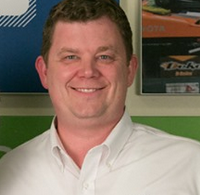 March 24, 2021 –
BY DAN MATHEWS
680 THE FAN, ATLANTA – Kirby Smart should allow for more players to meet with the media. The same with his coaches too.

Before the start of spring practice, Kirby Smart did make a handful of assistant coaches (Dell McGee, Matt Luke and Cortez Hankton) available to the media. It was a nice surprise and hopefully is something of a new trend within the program.

It helps for us in the media to get to know these men a little better than through word of mouth references or reputation. We should get the chance to hear from the coaches at least once during an offseason.

Am I saying for all interview requests be granted anytime it is turned over to the sports information department at UGA? No, I’m not. But, we should be able to talk to assistant coaches more than just once or twice over the course of years on the job.

For example, we had never talked to former offensive line coach Sam Pittman, until we had the chance to meet with him at Rose Bowl media day in 2017. He had been on the job for almost two years and that was our first chance to talk with him. I’m just using Pittman as an example. But, it would be nice to hear directly from the coach for one of the program’s most successful position groups on the team.

Plus, imagine the chance your giving them to potentially raise their profile for becoming a head coach. More content for athletic departments to access on these coaches, seemingly could only help them get in front of these athletic directors and university presidents.

Also, I get the no freshman players being available rule. So, make it a status for the players to reach. You want to get your personal brand out there and get your chance to talk? Play well and earn that right.

Players want to be known for their play on the field. But, they also come to play for a program like UGA, to take in the notoriety that comes with being part of the program. It’s a learning experience for them and is something that can serve them for other interviews later in life.

Kirby has made some strides in my opinion towards becoming a better program leader this year. One, is some of the things he said in his recent interview with Matt Chernoff about how the offense could be handled at Georgia this season. Honestly, makes me believe that we could see more explosive plays and high scoring performances this season. Another reason for this belief, is what he said about his reliance on Will Muschamp, after he joined the program as an analyst. To me, that is part of Kirby growing as a coach to say he’s always looking for informed opinions to help him become even better at his job.

It’s been a nice offseason so far to this point. Could we just let the fans hear from more players and coaches?

2020-21 seemed like a make or break year for Josh Pastner as the head coach at Georgia Tech. He passed the test this year and I believe has renewed confidence in his abilities.

He had a veteran team that he was able to get to stay for all these years. Their patience was rewarded with Moses Wright being named the ACC Player of the Year. Plus, Jose Alvarado the conference’s defensive player of the year. Michael Devoe became one of the better scorers in the conference. Jordan Usher raised his play in the toughest spots at the end of the season.

Yes, there was sadness as time expired in their 71-60 loss to Loyola-Chicago on Friday. As we saw on Sunday, there is nothing to be ashamed of, for losing to the Ramblers.

There was obviously sadness for the Jackets realizing that their best chance to add to a historic season had just ended. Many of their top performers look like they’ll be ending their college careers. If they do, applaud them for the work they did on the floor and make room for those who will take their place.

I think there needs to be regained confidence in Josh Pastner. He just pulled in the ACC’s third best signing class for 2021. I believe he’s also shown prospective transfers that Georgia Tech can become a great home for their abilities. With the possible institution of the one-time transfer exception, the Yellow Jackets could be in for a busy offseason.

The foundation for the program to get back to this point is still in place. Who knows? Maybe Alvarado runs it back in 2021? It didn’t seem like he’d ruled out that possibility on Friday. Only time will tell.