Welcome to the discerning palette of Matt Chernoff, as he ventures out to discover the greatest quesadilla in the Atlanta area. And yes…this IS just like One Bite Pizza Reviews ! (We’re not that creative.)… END_OF_DOCUMENT_TOKEN_TO_BE_REPLACED

Chuck and Chernoff are joined by Atlanta Braves Pitcher Mike Soroka and we all catch up on what the Braves Pitcher is doing during the  “COVID-19 Baseball Offseason.”… END_OF_DOCUMENT_TOKEN_TO_BE_REPLACED 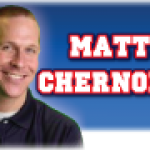 Braves Break Ground On New Spring-Training Complex Today -VIA AJC.com NORTH PORT, FLA. – A groundbreaking ceremony will be held today for the Braves’ new spring-training complex in southwest Florida, just 16 months before the team intends to hold its first workout at the $100-million facility.  The stadium and training complex will be built on…… END_OF_DOCUMENT_TOKEN_TO_BE_REPLACED

NFL Televised Unity Spot During Sunday Night Football A day of protests but also displays of togetherness ended with the league televising a “unity” spot during Sunday Night Football on NBC. The 60-second video, narrated by Forest Whitaker, begins as follows: “Inside these lines, we don’t have to come from the same place, to help each…… END_OF_DOCUMENT_TOKEN_TO_BE_REPLACED

Here’s a look at my Confidential for Friday August 18th. Enjoy and if you a story for a future Confidential you can email it to matt@680thefan.com or tweet me @realmattlanta NFLPA leader: Lockout or strike in 2021 a ‘virtual certainty’ Profootballtalk.com A labor disagreement between the NFLPA and NFL is imminent, according to one executive. De Smith,…… END_OF_DOCUMENT_TOKEN_TO_BE_REPLACED