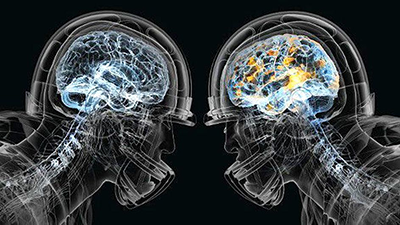 Super Bowl 50 was an incredible spectacle, a great game played by the 2 best teams in the NFL.  The game was a match up of Carolina’s high powered offense led by 2015 NFL MVP Cam Newton and Denver’s impenetrable Defense led by Super Bowl MVP Von Miller.

But beyond the play on the field, the game was also impacted by another battle that has been played out over the last 5 years in the Courts.   Specifically, rule changes that the NFL made as a direct result of the NFL Concussion Litigation led to 2 players being removed from the game.  Each team lost a player due to head injury, an occurrence that never would have occurred had it not been for the increased emphasis on head injury that grew from the lawsuit versus the NFL.

You can get more details here:  http://www.hagen-law.com/nfl-concussions/superbowl-50/

Bruce Hagen and his team have been at the forefront of representing former NFL players in their case against the NFL for, among other things,  it’s failure to disclose the long term dangerous effects from repeated blows to the head.   This issue was highlighted in the recent mivie, “Concuusion, starring Will Smith, which tells the story of Dr. Bennet Omalu, who is credited with bringing the brain disease CTE to light.  CTE is a progressive degenerative brain disease that is the product of the accumulated effects of repetitive blows to the head, and has been found in the brains of virtually every former NFL player who had their brain autopsied after death.

The settlemewnt of the NFL Concussion litigation was announced some time ago, but as of the time of this writing, has not been finalized and awaits Court approval.   If you played in the NFL or know someone who did, they absolutely need to talk to a lawyer to discuss their rights.   Bruce Hagen represents more than 500 former players in the NFL Concussion litigation.  Keep in mind that the benefits of the settlement are intended to be there for the rest of the players’ lives, so whether someone has symptoms now is irrelevant.  They may be eligible to receive money later on in life.  But mistakes made now can severely limit the ability to recover money in the future.