The Atlanta Braves are a Year Ahead of Schedule, but Don’t Need to Sell the Farm

It’s the second week of July, and the Atlanta Braves lead the National League East. Coming off a grueling ten-game road trip to St. Louis, New York, and Milwaukee in which Atlanta went 5-5, the Braves remain atop the NL East, tied with the Philadelphia Phillies. But the Braves’ road trip revealed plenty of weaknesses on a team that has enjoyed a first-place perch for most of the year. Most of the concern now comes from the mound, where the bullpen has been an issue almost all year and the starters have begun to struggle. Going into the road trip, young lefty Sean Newcomb was 8-2 with a 2.71 ERA. In his two games this month, Newcomb gave up five runs in each appearance, while only going six and one-third innings total, and his ERA climbed to 3.44. Meanwhile, All-Star selection Mike Foltynewicz hasn’t thrown past the 6th Inning in the five games since his complete game shutout of the Washington Nationals on June 1st.

Injuries have also gotten a hold on Braves pitchers, as Max Fried, Brandon McCarthy, and Peter Moylan are all on the 10-day disabled list, while Mike Soroka and Jose Ramirez are on the 60-day DL. Closer Arodys Vizcaíno was activated from the 10-day DL for the July 4th matchup against the Yankees. Without a fully healthy rotation and pen, it’s difficult to evaluate what exactly this team needs before the trade deadline, but pitching stands out as the most glaring need.

New general manager Alex Anthopoulos has a reputation, from his time as GM of the Blue Jays, for making the big trade. But “AA” doesn’t have to go get a flashy player or name like he did when he brought Josh Donaldson and Troy Tulowitzki north of the border. Instead, Anthopoulos should look to maintain most of the minor-league assets the previous regime built up while adding some controllable arms. Adding another infield bat would be intriguing as well. And while Anthopoulos should not actively pursue trading top prospects, he should listen to any offer that comes his way. It’d be interesting to see what prospects the Texas Rangers would want for Cole Hamels and Adrian Beltre. Hamels’ best days are behind him, but he still has one year left on his deal and could be a pitcher who is effective starting or coming out of the bullpen. Beltre would give Atlanta another right-handed power bat that could play against left-handed pitching and Johan Camargo could start against righties. Atlanta could then go after one or two bullpen arms, focusing on a left-handed reliever to ease the burden on A.J. Minter and Sam Freeman. But Atlanta does not need to make a deal just for the sake of shaking things up. If Anthopoulos and the rest of the Braves brass get a trade done, it should be one that improves Atlanta’s chances of making the playoffs this year without sacrificing future chances of making a run for a World Series.

The Braves 2018 season has been a resounding success, but even better days are still ahead of the ball club if history once again proves true. From 2010-2014, the Chicago Cubs did not have a winning season. Since then, the Cubs have won two pennants, made two NLCS appearances and won the 2016 World Series. Last year’s champions, the Houston Astros, took a similar path to the Cubs. From 2009 to 2014, Houston finished every season below .500. Then they won the World Series in 2017. The Braves didn’t manage 81 wins in any season from 2014 to 2017, a shorter time span than the Cubs or the Astros. The Cubs had one winning season before winning the World Series. The Astros had two. And the Braves most likely will have their first winning season after a long stretch of losing this season. If the front office can keep most of the top-level prospects on the farm while adding a few veteran pieces, this team could be on their way to a World Series appearance in the near future.

The Atlanta Hawks were a bad basketball team in the 2017-18 season. Their 24-58 record and last-place record in the Eastern Conference proves as much. But the Hawks were designed to be a bad team last year. New general manager Travis Schlenk broke the team down by trading Dwight Howard to Charlotte, letting Paul Millsap sign with Denver as an unrestricted free agent, and declining to match Tim Hardaway Jr.’s contract from the New York Knicks. With the veterans departing Atlanta, second-year wing Taurean Prince and rookie power forward John Collins played in 82 and 74 games respectively, the most of any Hawks players.

Now the Hawks welcome in three more rookies in point guard Trae Young, wing player Kevin Huerter, and stretch four Omari Spellman. Not to mention, the Hawks welcome rookie head coach Lloyd Pierce as well after his most recent stint as an assistant coach for the Philadelphia 76ers. All three of the new players have one quality that Travis Schlenk looked for during his time as assistant GM in Golden State and has brought with him to Atlanta: shooting. In his freshman year at Oklahoma, Young led the NCAA with 27.4 points per game and 8.7 assists per game while knocking down 36 percent of his three-point attempts. Huerter, a sophomore at Maryland, averaged 14.7 points per game and 41.7 percent of his long-range shots. Meanwhile, Spellman helped Villanova to its second NCAA title in three years while averaging 10.8 points and 8 rebounds per game while shooting 43.3 percent on three-pointers. Schlenk’s philosophy proved itself in the 2018 NBA Draft, so much so that some are comparing Young, Huerter, and Spellman to the homegrown trio of Stephen Curry, Klay Thompson, and Draymond Green of the Warriors. And the similarities are certainly warranted, but with caution. All three of the Hawks’ first-rounders are still under 21 years old while Curry, Thompson, and Green have 22 years of collective NBA experience.

For Schlenk, the NBA Draft was just the first step in bringing the Hawks back to the playoffs and contend for the Larry O’Brien Trophy. The next phase of the rebuild will come in free agency which began on July 1st. Big name, and big contract, free agents are not coming to Atlanta this year, but the new front office can still find solid players on relatively team-friendly contracts. The Hawks reportedly have interest in making an offer for Chicago Bulls’ guard Zach LaVine who is a restricted free agent. LaVine is coming off a year in which he only played 24 games due to an ACL tear in the 2016-17 season that kept him sidelined for the better part of this season, but he is a young talent with shooting upside and a great deal of explosiveness that Chicago might think twice about matching an offer sheet. Pairing LaVine in the backcourt with Young, sticking Huerter or Prince on the wing, playing Spellman as a stretch four, and allowing Collins to work around the rim as a bouncy but slightly undersized five would give the Hawks a young, athletic core with plenty of shooting ability to build around.

While young players with potential, like LaVine, should be the focus of free agency for the Hawks, the team still has decisions to make regarding veterans Dennis Schröder, Kent Bazemore, and Dewayne Dedmon. Moving these veterans would give the young core more playing time but could drop the Hawks below the salary floor. Atlanta already has $20 million worth of cap room at the start of free agency and can barter that cap space for future draft assets a team is willing to give up to rid themselves of a contract. The Hawks could absorb a contract like that of Luol Deng to pick up two first-round picks from the Lakers, allowing Los Angeles to offer another large contract, and potentially a max-deal if they relinquish some of their cap holds, to a free agent wanting to join LeBron James. Signing a young and promising player or taking on a salary dump and gaining future assets are both effective ways of using the cap space available to the Hawks, but ultimately, this offseason needs to consist of moves planning for success three or four years in the future. The Hawks will more than likely miss the playoffs again this year and add another lottery pick to the young core. Then after the 2020-21 season, Bazemore, Schröder, and Plumlee’s contracts will all be off the books and the Hawks can afford to sign a big name free agent. But the key to success this offseason will be adding new future assets, managing the cap well, and getting a decent return on any potential trades of veterans. The core of this team’s future is now here, now Schlenk, Pierce, and the rest of the Hawks decision makers need to surround the talented youth with more promising young players and allow them to just play basketball.

Someone Will Be Crowned…Perhaps One Of these People?

Win A Pair of Tickets to the 2017 S.E.C. Championship! Just grab a Dr Pepper, take a selfie in a BK® Crown, Then send it to #crown680thefansweeps!  Check these folks out!  They’re “crowned up” and ready to win! 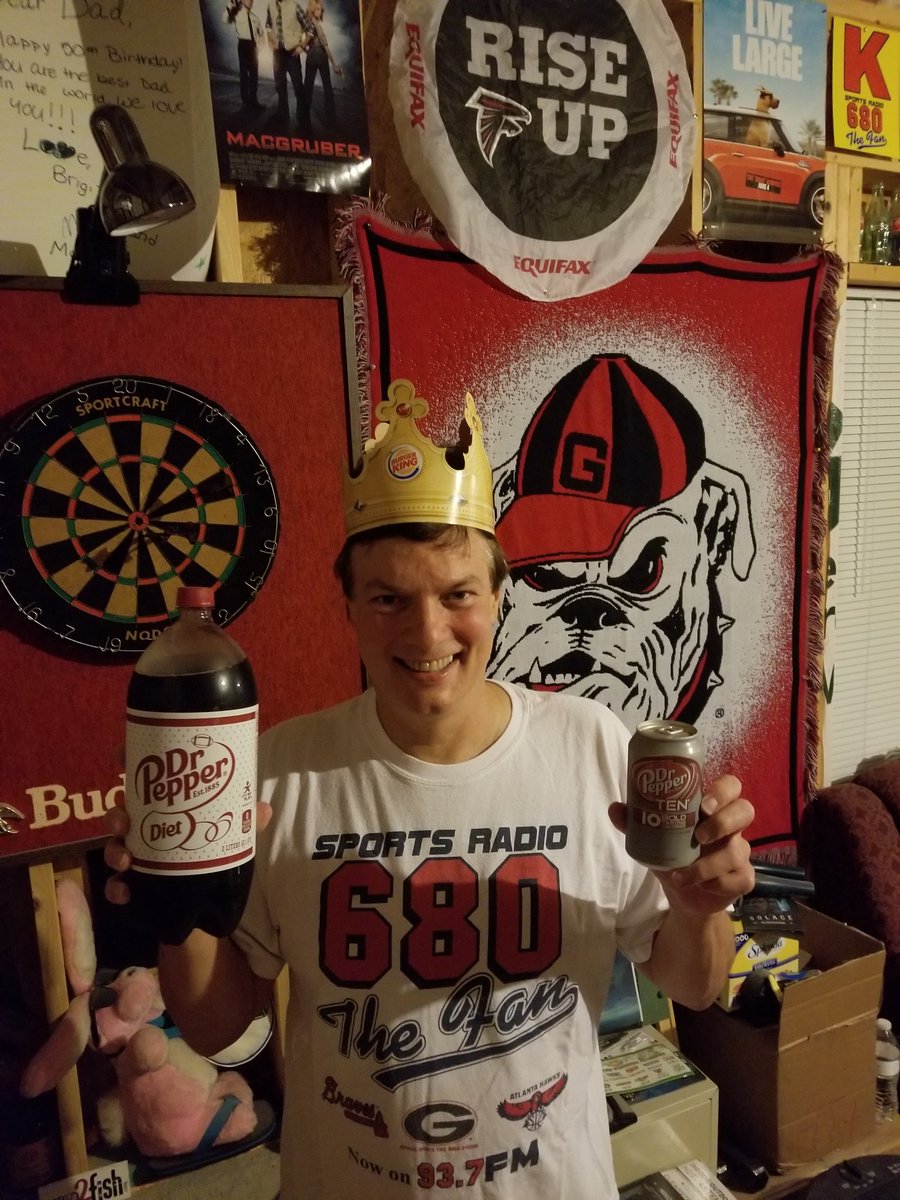 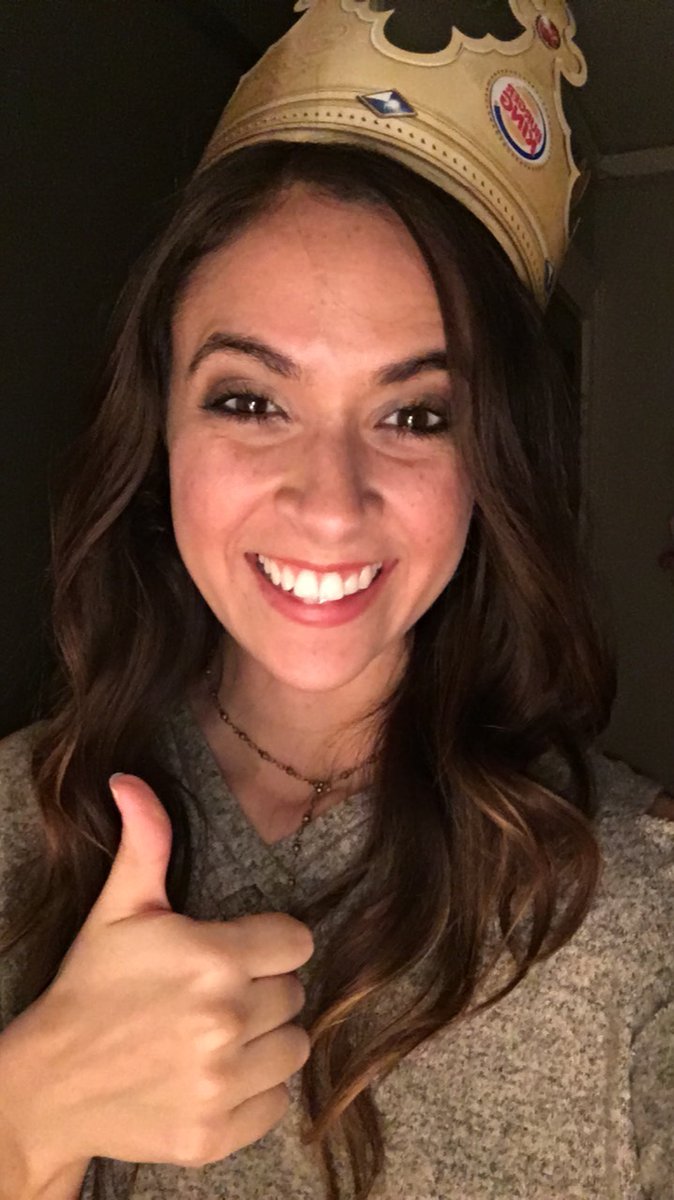 Thumbs Up to BK! 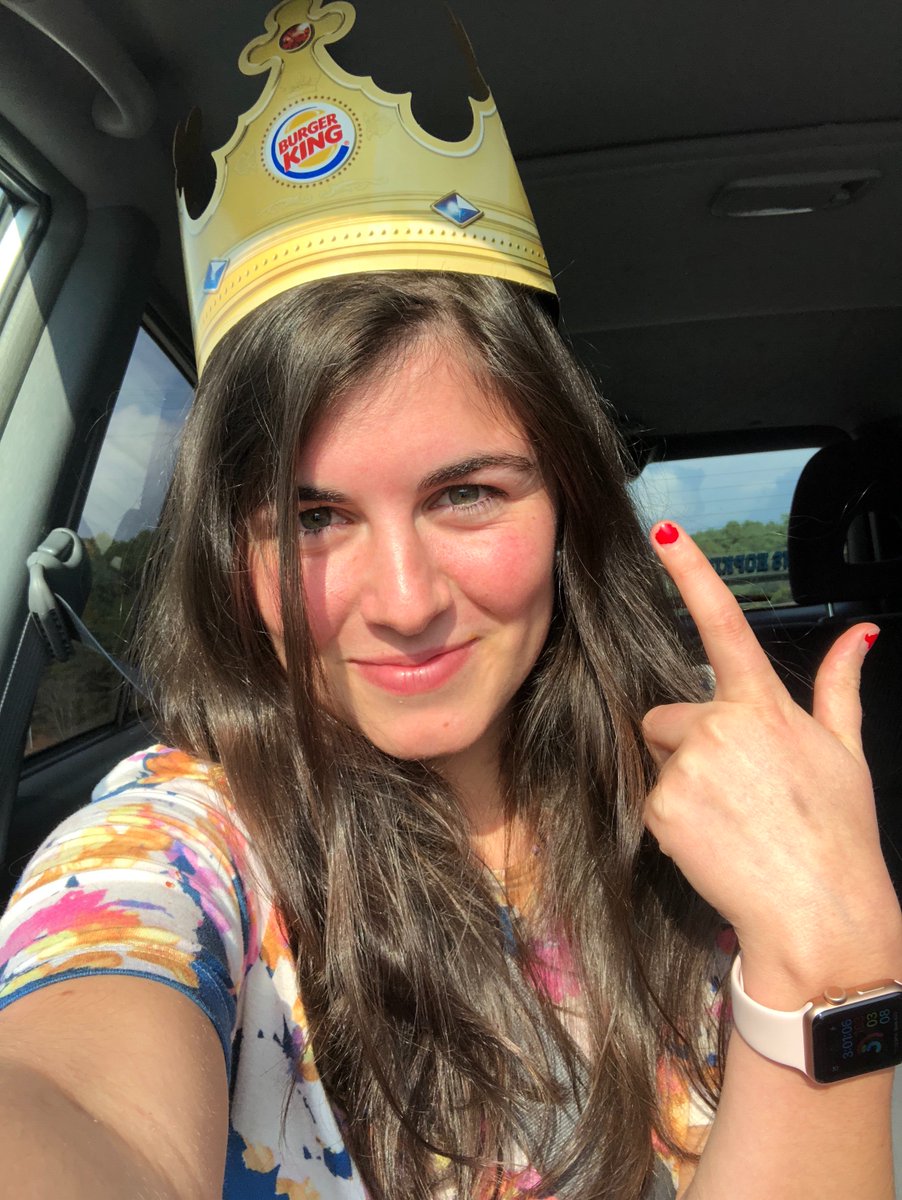 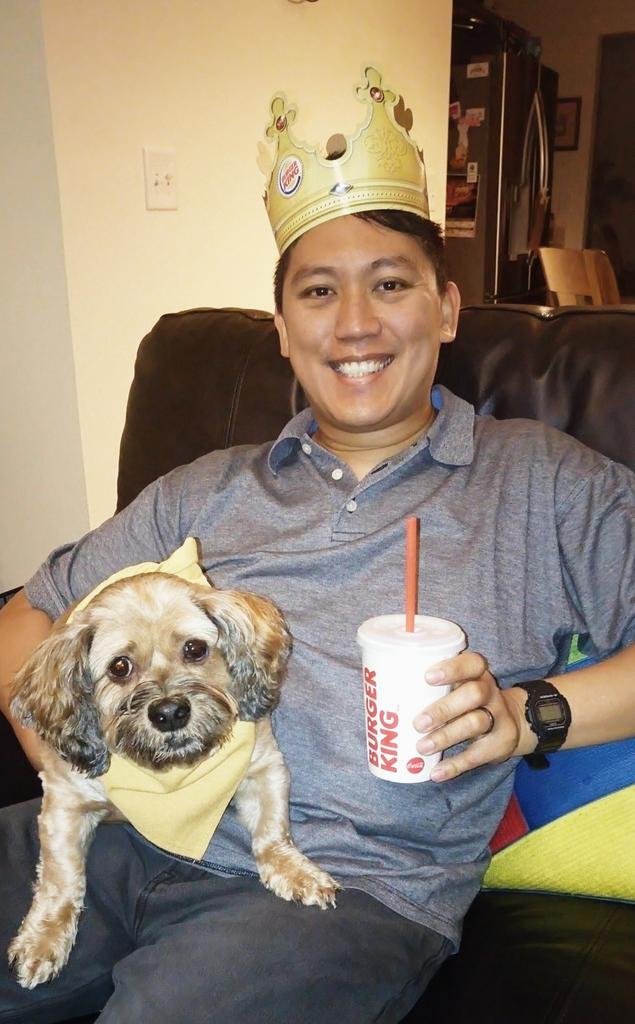 "The King" and his Best Friend!

Here are more examples of people “Getting Crowned” for their chance at a pair of SEC Championship Tickets! A King WILL BE CROWNED…and it could be YOU! Send in those selfies of you wearing a BK® Crown TODAY! MORE DETAILS HERE! 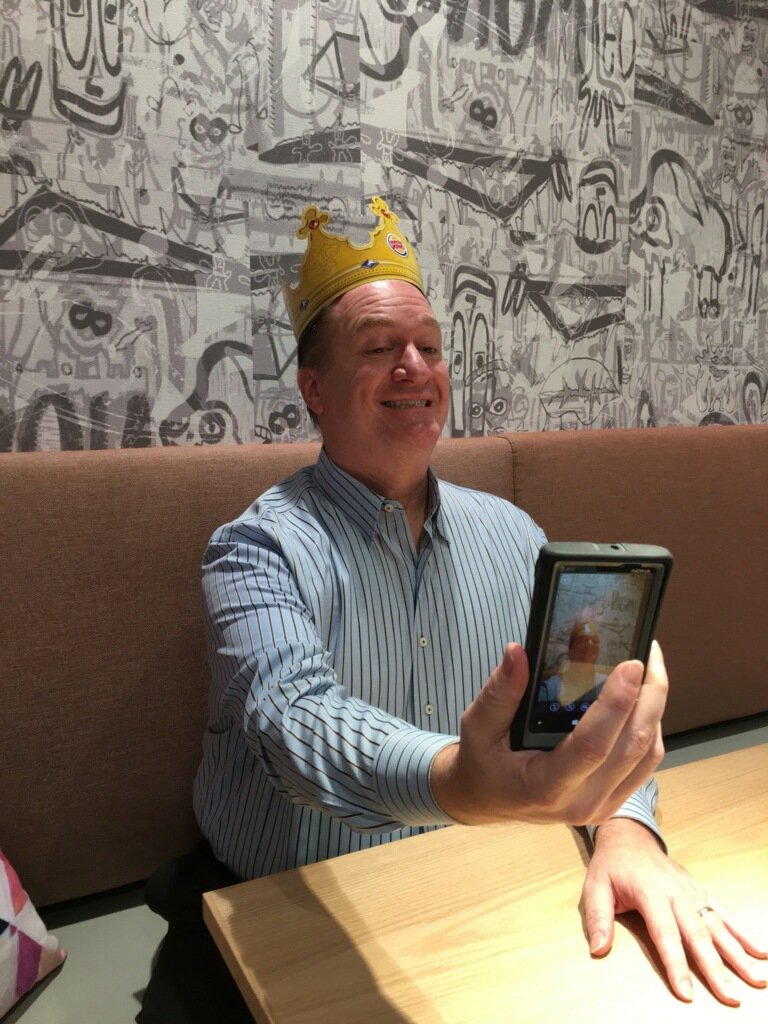 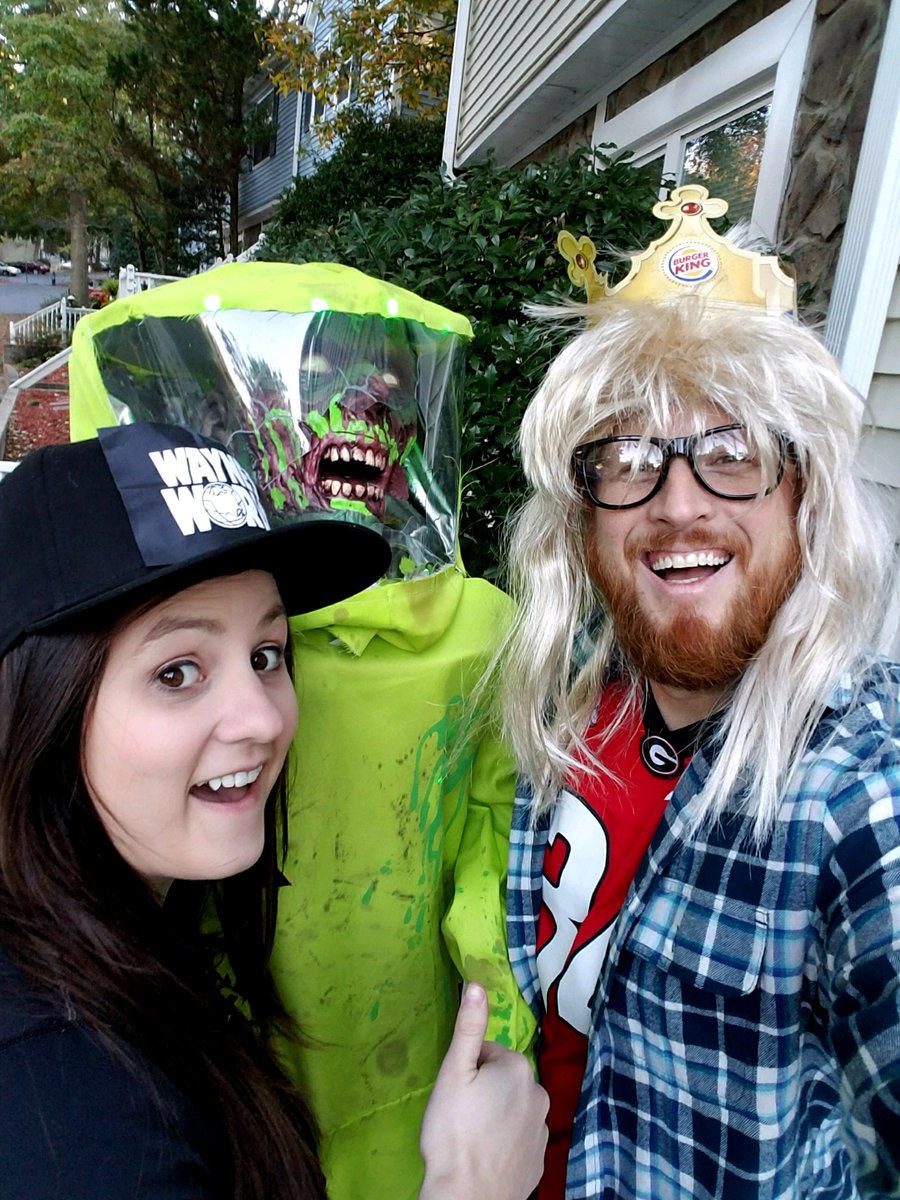 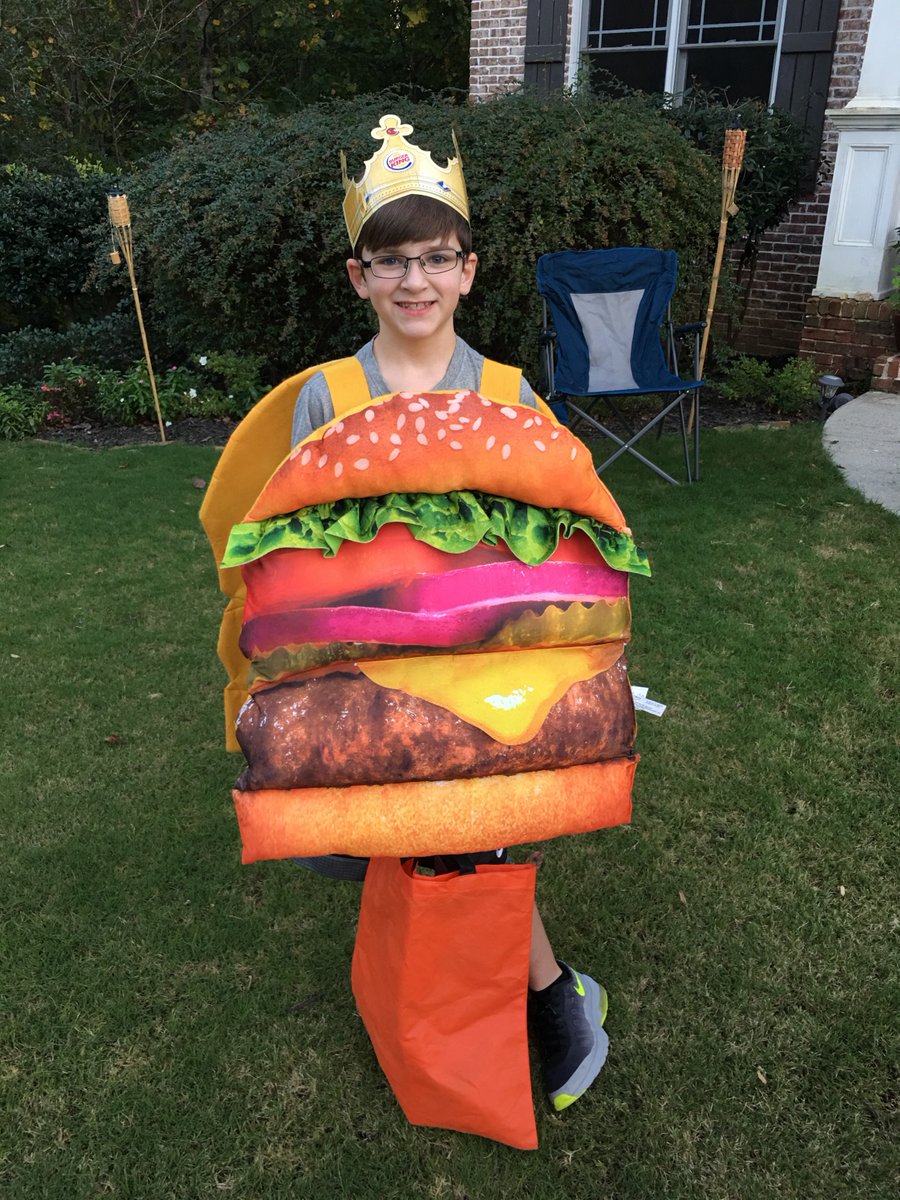 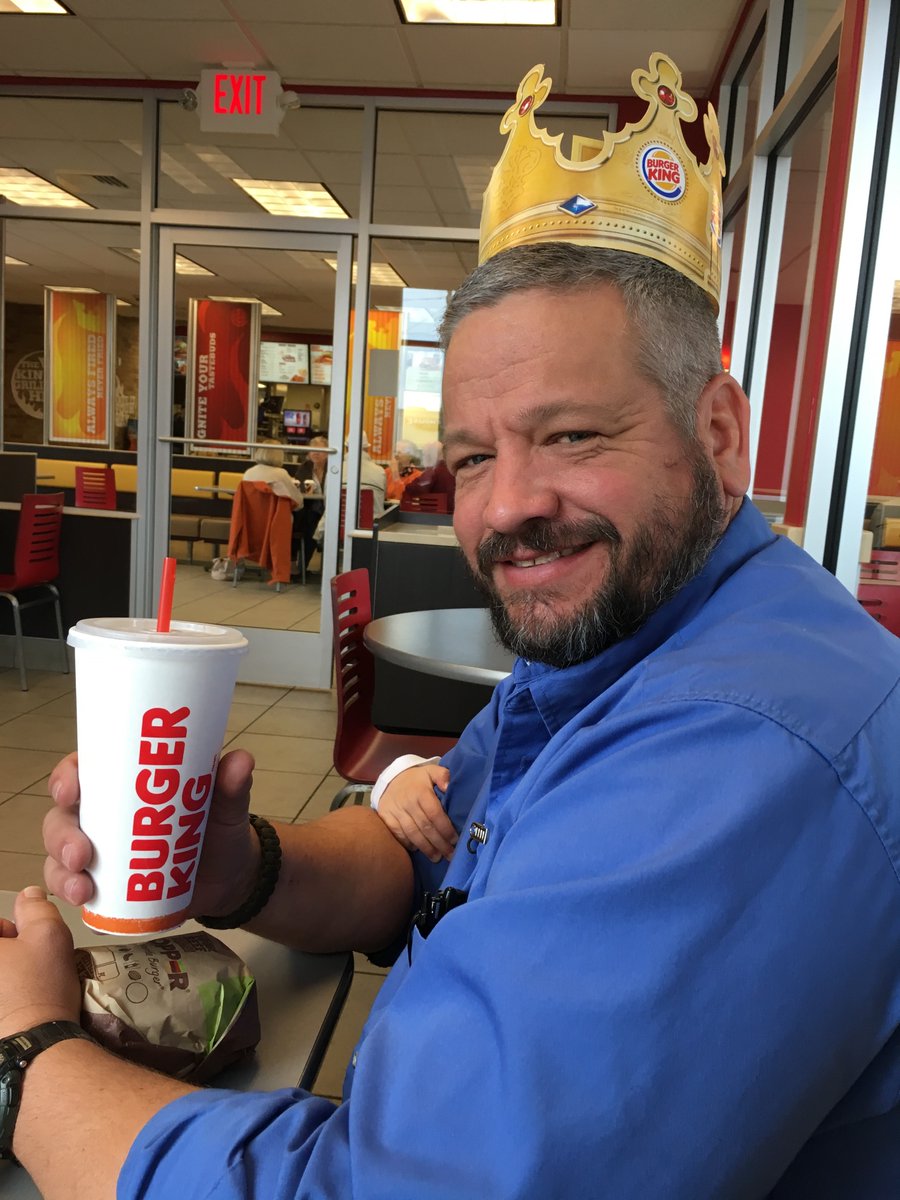 I have my Whopper, my Dr Pepper, and I'm wearing my crown! WHAT MORE CAN A MAN ASK FOR? 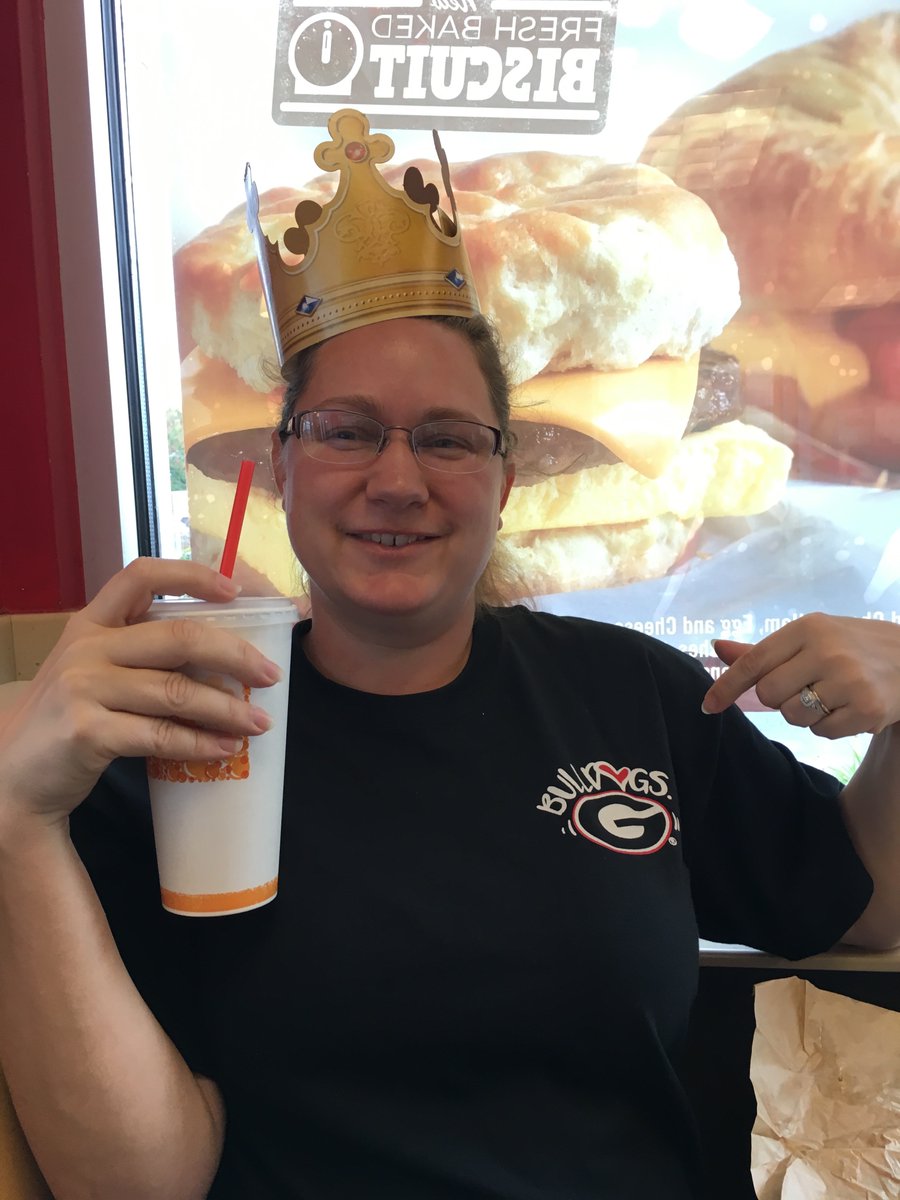 The DAWGS are the KINGS! 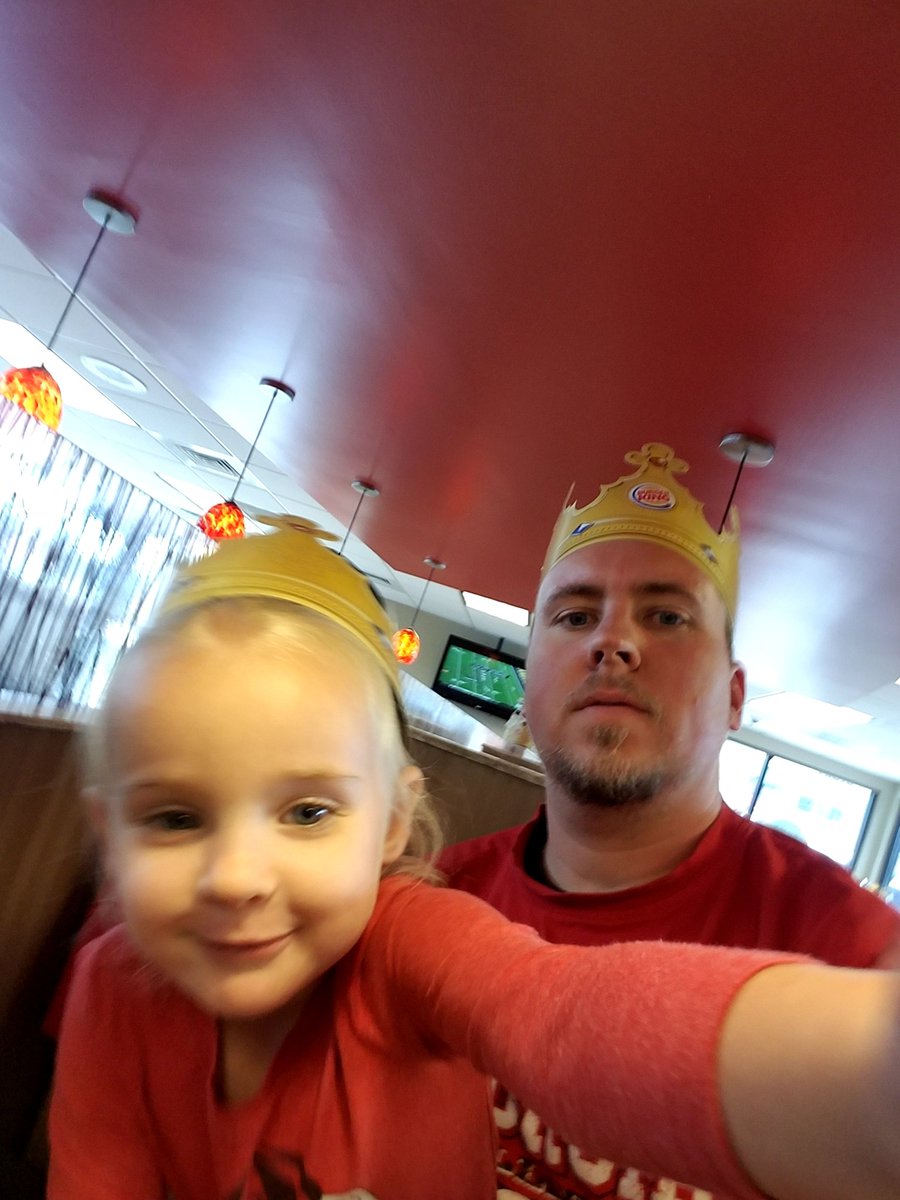 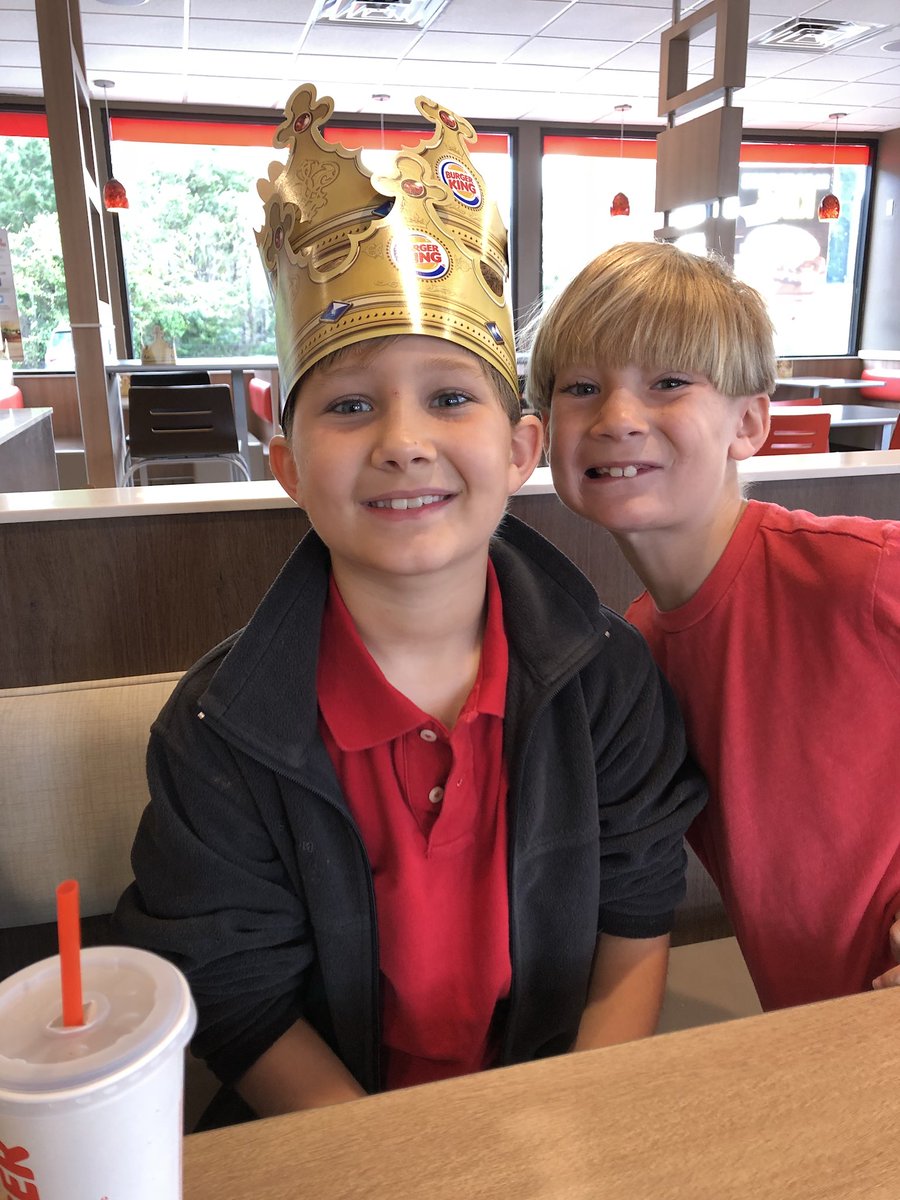 This kid got crowned TWICE!