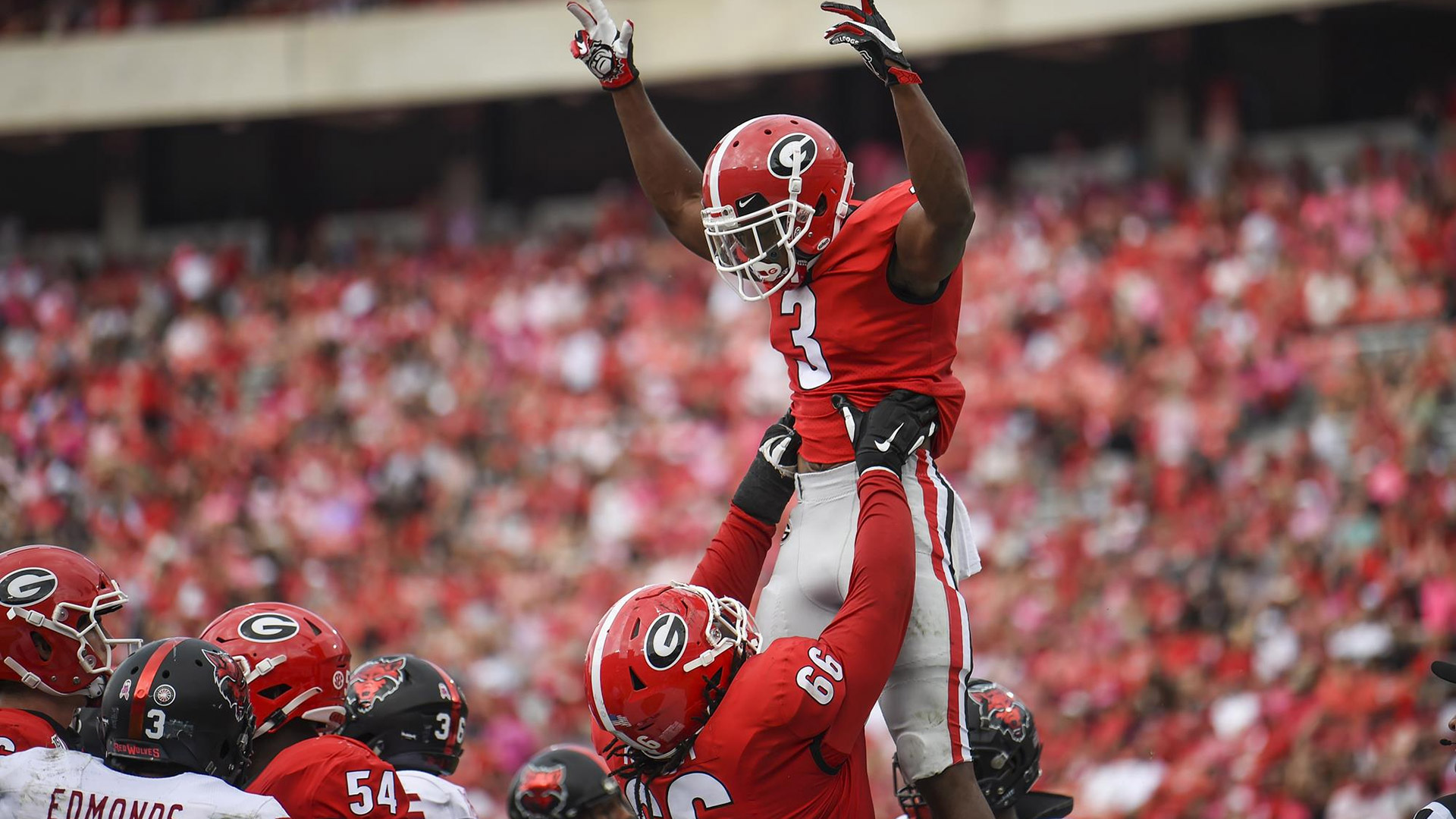 August 20th, 2021
680 THE FAN, ATLANTA – It’s time to finalize the depth chart and get ready to install the Clemson game plan. There has been a lot of talk about leading with the passing game this season, with JT Daniels spreading the ball around to multiple receiving weapons.

However, Plan B might be the more effective way to go against the Tigers. Plan B? Yeah, run the ball.

The Bulldog receiving corps has been hit hard in the preseason. Kearis Jackson has been limited with a knee issue. Jermaine Burton’s ankle has limited his reps with JT. Arik Gilbert has been away from the team. Those are the Bulldogs top 3 receivers.

Now, Darnell Washington is dinged up, with a foot problem. So, JT Daniels top 4 weapons in the passing game are questionable.

Plus, the Georgia O-Line faces a Tiger front that can rush the passer. Who’s the Bulldogs left tackle? If it isn’t Salyer, I’m concerned.

Might be time to line up and attack Clemson’s defense with the run game. Right now, this appears to be the strength of the offense. The ‘Dogs go 5-deep at running back.

Zamir White is tough to tackle. James Cook is elusive. Kendall Milton is dynamic. Kenny McIntosh has that big-play ability. Daijun Edwards is a physical runner. Feed these ‘Dogs against Clemson.

Daniels might have some big-play, run-action passes throwing it down the field to Marcus Rosemy-Jacksaint & Arian Smith, if they lead with the five backs running downhill.

Georgia can throw it later in the season, when Jackson, Burton, Gilbert and Washington return to good health. Right now, this Georgia offense is built to run it, early and often.

And that might be the recipe to take down the Tigers.

BUCK BELUE
Host of the “Buck Belue Show”
Weekdays @ 10AM on 680 The Fan
Streaming live at 680thefan.com