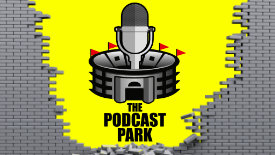 As the Braves look to solidify the options they have coming off the bench for the 2021 season, the club agreed to terms on a Major League deal with 30 year old corner infielder Jake Lamb on Sunday. An All-Star in 2017, Lamb hit 30 homers and drove in 105 runs for the Diamondbacks but has appeared in just 165 games over the last three seasons as he dealt with various injuries including season-ending shoulder surgery in 2018 and a Grade 2 strain to his left quadriceps muscle in 2019.

Last season, Lamb split time between the Diamondbacks and A’s, combining to appear in 31 games, hitting .193 with three homers and a .635 OPS. The veteran Lamb essentially fills the void left by the left handed hitting Nick Markakis. Considering the regular lineup Is very righty heavy, the club needed to find someone to hit from the left side that could also provide some pop. With Lamb now in the mix, he will join other veterans like Pablo Sandoval, Jason Kipnis and Ehire Adrianza who are looking to rejuvenate their careers with the three time NL East champs.

While the team has not officially announced the signing as they await the results of a physical, the club outrighted recently re-acquired Travis Demeritte to Gwinnett to open up a spot on the 40 man roster for Lamb.