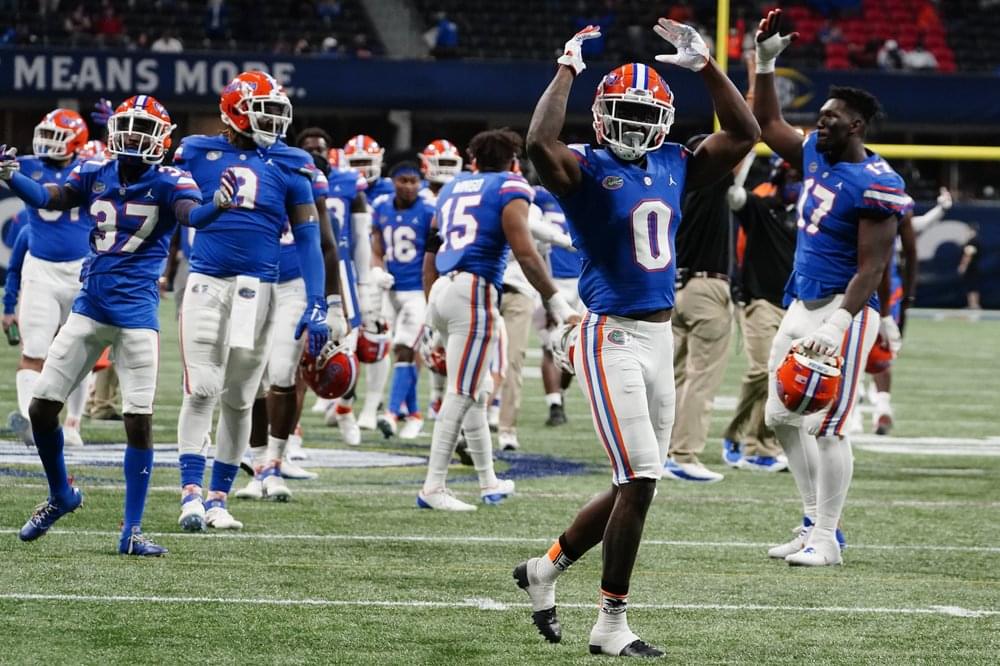 ARLINGTON, Texas (AP) — Oklahoma linebacker Nik Bonitto is well aware that the Sooners defense, even with all the drastic improvements playing its “Speed D” scheme for two seasons, has to prove itself outside the Big 12.

After winning their sixth conference title in a row, the No. 8 Sooners (8-2) will again end the season in a New Year’s Six bowl game against a high-powered SEC offense. They play in the Cotton Bowl on Wednesday night against No. 10 Florida, which leads the nation in passing though its offense suddenly looks quite different because of some late departures.

“I feel like there’s still a notion that we don’t have a lot of respect as a defense when playing against those type of teams,” Bonitto said. “We just see there’s a huge opportunity in front of us to prove ourselves as a defense, and show we belong with one of the best in the nation.”

The last three seasons for the Sooners have ended by giving up an average of 54 points in losses against different SEC teams in College Football Playoff semifinal games. They allowed 63 points and 692 total yards to eventual national champion LSU in the Peach Bowl last December, ending defensive coordinator Alex Grinch’s initial season that until then had showed big promise.

Florida senior quarterback Kyle Trask, the national leader with 375 yards passing a game and 43 touchdowns, had his third consecutive 400-yard passing game in a 52-46 loss to No. 1 Alabama in the SEC championship game. The Gators have averaged 41.6 points a game, and 7.4 yards per play.

“I think certainly what you don’t want to do is circle one game, one opponent, and say that dictates an entire season’s worth of work that way,” Grinch said. “But in the same token, the next challenge is a tremendous one. … What a way to end 2020.”

That challenge changed somewhat Monday when Florida receivers Trevon Grimes and Kadarius Toney announced they bypassing the Cotton Bowl to start preparing for their NFL futures. That will leave Trask and the Gators (8-3) without their top three pass catchers since All-American tight end Kyle Pitts has already said he won’t play in a bowl to focus on the NFL.

Despite what happened against LSU to end last season, the Sooners have allowed only 347 total yards a game the past two seasons, a 77-yard improvement over the two seasons before Grinch was hired by offensive-minded head coach Lincoln Riley.

The Sooners go into the Cotton Bowl game at AT&T Stadium having allowed only a combined 57 points their last four games — their best such stretch in six seasons. They have recorded nearly five sacks a game in that span while holding opponents to 303.8 total yards per game.

“They’re very active defensively,” Florida offensive coordinator Brian Johnson said. “On the front end, they do a great job of pursuing the football and shedding blocks, not staying blocked long, and making plays in the backfield. And in the secondary, I think particularly at corner, they have great ball skills. They play with great patience. They have great footwork and they make plays on the ball when it’s in the air. ”

The Sooners will be playing without senior cornerback Tre Brown, who had the game-clinching interception in their 27-21 win in the Big 12 title game over No. 12 Iowa State. Like the Florida receivers, he is focused on the NFL draft.

But the Sooners will have junior defensive end Ronnie Perkins, their sacks leader last season before he was suspended for the Peach Bowl. He wasn’t reinstated until the sixth game this year, but has 5 1/2 sacks overall and at least 1 1/2 tackles for loss in each of the five games he has played.

Oklahoma, with a seven-game winning streak since losing its first two Big 12 games, is second nationally this season allowing only 91 yards rushing per game, and is 10th in pass efficiency defense.

“After suffering those two losses early in the season, the defense definitely turned it up. I definitely feel that switch,” Perkins said. “We’ve got great players all over the field. A lot of guys who have kind of been in it, took a lot of reps in this defense over the last two years. So we’re a confident group. We play hard, play fast.”