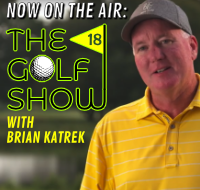 INF Pablo Sandoval and C Travis d’Arnaud have the most postseason experience among position players on the Braves’ roster, while O’Day leads all the pitchers with 25 playoff appearances. Sandoval has hit .344 (53-for-154) in 39 games, 38 starts, in the postseason, while d’Arnaud has three playoff home runs in 20 games. O’Day owns a 4.00 ERA (8 ER/18.0 IP) in the postseason.

Four of the players were not on the active roster at the end of the season, including INF Johan Camargo and INF Charlie Culberson. OF Cristian Pache, the club’s top prospect according to MLB.com, and C William Contreras, also made the roster. Atlanta selected Culberson to the active roster, and released LHP Tommy Milone from the roster.

Game 2 will be here tomorrow, October 1, while Game 3, if necessary will be played here on Friday, October 2. All games can be seen on ESPN.