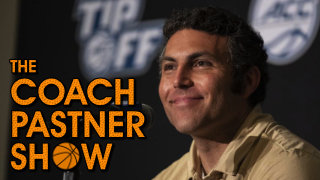 BUCK BELUE
ATLANTA, Ga – Jake Fromm has left the building in Athens and it appears that the performance level at the quarterback position in 2020 won’t fall off a cliff, after all. Which should be a big relief to the Bulldog Nation.
Graduate transfer Jamie Newman from Wake Forest looks like a good fit at Georgia. The ‘Dogs will be breaking in more young players on offense this coming season, so having a veteran QB running the show should be helpful. Plus, Newman is a dual-threat guy, which will come in handy playing behind a new group on the O-Line.
I’m still sold on freshman Carson Beck, but this takes some of the pressure off his development and gives him an opportunity to get comfortable, before he takes the field.
The Jamie Newman video I watched left me impressed. He stands tall and looks poised in the pocket. He also does a really good job of identifying the best match-up and giving that WR an opportunity to make big-plays on the 50/50 balls. He consistently high points the ball, which allows the receiver to make plays down the field. Jamie was accurate on the deep balls and throws it with a nice touch. He can also zip it on the intermediate throws. So, from the pocket he’s legit, 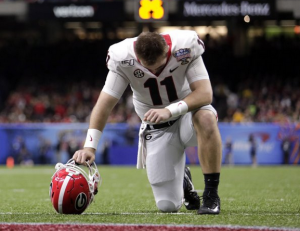 but coming to improve his pocket skills.
Compared the Jake Fromm, what stands out in Newman’s dual-threat skill set. At Wake Forest, he executed the R-P-O with an extended RB mesh and was able to damage the defense keeping the ball on the run. His big frame gets him a lot of yards after contact. Fromm rarely ran with it on the R-P-O.
Off course, one of the primary ways a quarterback can show off his running skills is to escape the pocket, when pressured. This is something Newman does well. He can scramble and make plays, running or throwing it.
Newman commented that he’s making the jump to “develop further” and to “prepare for the next level.” Him running a pro-style scheme and developing his pocket skills at Georgia are the draw for him. Plus, he’s got a chance to win big.
The Bulldogs need his game experience and maturity right now. And his ability to run it should help expand this Georgia offense. Looks like a great fit to me.