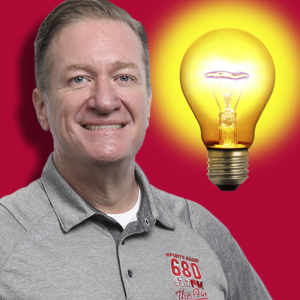 Just like professional conferences and divisions determine a certain number of games v specific teams, same could happen here. Then there’s your non-conference slate and that IS a very different thing. But your Idea Man has that locked down, too.

Even with the worst pro teams ever they were still pro teams so the imbalance is always at least a little reined in. Not so when Ohio State plays Miami-O. That score could literally be whatever Ryan Day wants it to be, the Buckeyes could win by 100.

So each program submits a range of *preferred* opponent strength (based on previous season) they are wanting to schedule and number of games in a particular range and CFB Schedule Center sets the Commodore-64 to crunching everything until it all works out, preferences considered but that’s the only promise.

FWIW, can you imagine the CFB schedule reveal show?? Lot to work out, but I’m in for that. And the schools will have to agree to the money range based on how far you play up or down, etc, details, son, details. But we’d wind up with far fewer Ohio State v Miami-O games, if any at all.

This would change the entire season from about 8-weeks of awesomeness with a scattered month of Saturdays where you might not miss much into a 13-week palooza of college football. Imagine the yuge change just this season, instead of Miami-Ohio and FAU the Buckeyes had non-conference games v USC and Kentucky. Still would likely win both, maybe by a bunch. But now we’ve started using “maybe” and “likely” and words other than “45-21” and “76-5” which were the scores of those two games.

I’m your Idea Man. I got your back.

Listen this week between 6am and 9am for your chance to call in and win a pair of Dave Matthews Band tickets for their performance at Lakewood Amphitheater!