Matthew Weitz
ATLANTA –  The Braves this season look better than they have looked in a long time.  However, there are dramatic differences in how the Braves of today and that of their fourteen-year dynasty operate. 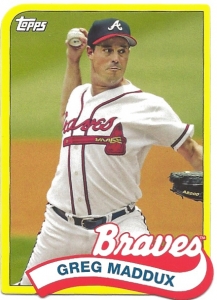 In the 90’s, the Braves had three of the best pitchers in the game: Greg Maddux, Tom Glavine, and John Smoltz. Each of these three pitchers could have been the number one starter on just about any other team in baseball. They had an uncanny ability at keeping offenses more powerful than the Braves had from scoring.

Another factor that made Maddux, Glavine, and Smoltz among the best in baseball history was the fact that they dominated on the mound in an era best known for slugging home-run-hitters who relied on performance-enhancing substances. Unlike the hitters they were facing, the Braves’ dynamic trio did not use any substances to improve their performance but still were able to neutralize those hitters that were.

The offense of the Braves during their fourteen year dynasty was not nearly as efficient as it is today. With outstanding pitching, the Braves were known to mount rallies and drive a few runs across the plate. They did not need to score more than that. Occasionally, the Braves would hit a home run, but this was a rare occurrence.  Part of this can be attributed to the long distance from home plate to the outfield walls at Fulton County Stadium and Turner Field.

Today’s Braves team is not as efficient in the pitching department as they were back then. They are also prone to giving up a medium number of runs per game. However, their offense is better than it was during the fourteen year dynasty, which makes up for their defensive lapses. The Braves hit home runs on a regular basis, and the distance from home plate to the outfield walls at Suntrust Park certainly helps. When the Braves’ defense gives up a large number of runs, their offense has the ability to bail them out. This team also has a youthful hunger to win, something the teams of the old dynasty seemed to lack.

As the Braves continue to mature, fans can eventually expect their team to place themselves back in contention for a World Series. Though when this will come to fruition is uncertain, Braves country can expect one heck of a ride.