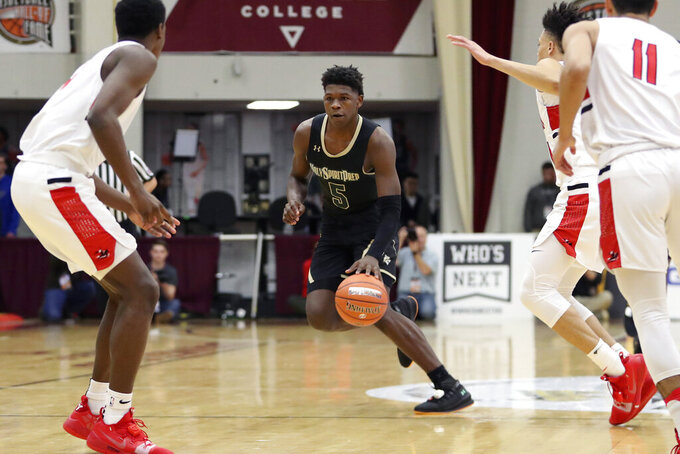 FILE – In this Jan. 20, 2019, file photo, Holy Spirit Prep’s Anthony Edwards (5), center, plays against Long Island Lutheran during a high school basketball game at the Hoophall Classic in Springfield, Mass. Edwards, rated as the nation’s No. 2 prospect, says he will sign with Georgia. Edwards, whose nickname is “Ant Man,” made the announcement Monday morning, Feb. 11, 2019, at his school in Atlanta. (AP Photo/Gregory Payan, File)

Edwards, from Atlanta’s Holy Spirit Prep School, was a McDonald’s All-American rated as one of the nation’s top prospects. He is rated as the nation’s No. 2 prospect by 247sports after averaging 29 points, nine rebounds and two assists in the 2018-19 season.