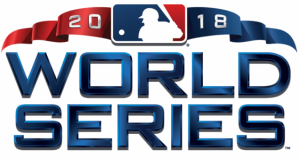 Familiar faces in the American League, new blood in the National League.

That’s one way to describe this year’s postseason. The two Division Series in the AL will include the same four teams as a year ago. Meanwhile, the NL welcomes the Braves, Brewers and Rockies to this stage. None of them have played in an NLDS since Atlanta in 2013.

With four teams left in each league, there are 16 possible matchups for the World Series. Here’s a list of them all — and what could make each of them noteworthy. The matchups are listed in descending order of likelihood, using probability figures from Fangraphs.com heading into Thursday’s action.

FanGraphs likes the Dodgers and Indians, although neither team was overwhelming during the regular season. If they meet in the World Series, managers Terry Francona and Dave Roberts could spend some time reminiscing about their title run with the 2004 Red Sox, but we know what the real question would be during a Cleveland-Los Angeles matchup: Who is LeBron rooting for?

A rematch of last year’s seven-game classic. These teams have met since Houston’s World Series victory last season. They played a three-game series in Los Angeles in early August, and the Astros won twice, including a 14-0 shellacking Aug. 4.

This would be the 12th World Series meeting between these old rivals, but the first since 1981. The Yankees were one game away from reviving the matchup last year, but they lost Game 7 of the AL Championship Series to the Astros, and Houston advanced to play the Dodgers.

This matchup has been a possibility for the past few years, but baseball hasn’t had the chance to recreate the Boston-Los Angeles animosity we’ve seen in the NBA. A series between these teams could be heavy on southpaws, with Chris Sale and David Price of the Red Sox going up against fellow left-handers Clayton Kershaw, Rich Hill and Hyun-Jin Ryu of the Dodgers.

It would be the biggest Cleveland-Denver matchup since John Elway was breaking hearts all over northern Ohio. Rockies manager Bud Black spent some of his playing days with the Indians when he was a pitcher.

Colorado left-hander Kyle Freeland, who won 17 games this year, was taken by the Rockies with the No. 8 pick in the 2014 draft. Houston had the first pick that year and selected left-hander Brady Aiken — then didn’t sign him. The Astros had a major league-best 3.11 ERA this year, but could they handle Coors Field?

The Rockies and Brewers are the only teams in the field that have never won a World Series, so a matchup between Colorado and the Yankees would involve two polar opposites in terms of historical success. Matt Holliday began his career with Colorado and is back with the Rockies now, but he had a brief stint with the Yankees last year.

There’s usually a source of angst for Cleveland fans. Sometimes you just have to dig a little: Milwaukee manager Craig Counsell scored the winning run for the Marlins when they beat the Indians in Game 7 of the 1997 World Series . Also, Brewers slugger Jesus Aguilar was with Cleveland before the Indians designated him for assignment after the 2016 season. Milwaukee claimed him off waivers, and he has hit 51 home runs in the two years since.

Milwaukee moved from the AL to the NL and was in the same division with Houston for a bit — before the Astros moved from the NL to the AL. Brewers reliever Josh Hader was acquired from Houston in the 2015 deal that sent Carlos Gomez and Mike Fiers to the Astros.

These former AL East rivals actually have met in the postseason before. In the strike-shortened 1981 season, they played an AL Division Series that New York won 3-2. The Yankees also split a pair of seven-game World Series against Milwaukee in 1957 and 1958 — but that was the Milwaukee Braves, not the Brewers.

Colorado’s lone World Series appearance came in 2007, when the Rockies were swept by Boston. Alex Cora, the current manager of the Red Sox, played in that series for Boston.

Milwaukee beat out the Chicago Cubs not only for the NL Central title, but also for the top spot in the entire National League. The Red Sox had the best record in the AL. The last time the top seed in each league made it to the World Series was in 2013, when Boston beat St. Louis.

This Cleveland memory is a good one: The most recent World Series title for the Indians came in 1948 against the Braves, who represented Boston at the time. However, the best Cleveland team of recent vintage may have been the 1995 Indians, who went 100-44. They lost to the Braves, who won what is still their only World Series championship since moving to Atlanta.

When Houston was in the NL, the Astros met Atlanta five times in the postseason between 1997 and 2005. The Braves won the first three matchups, then the Astros took the next two. Their most recent playoff meeting came in the Division Series in 2005, when Houston advanced on Chris Burke’s 18th-inning home run in Game 4.

The Yankees beat the Braves in Atlanta’s last two World Series appearances, in 1996 and 1999, and New York has won eight games in a row against the Braves in the World Series. Atlanta rookie Ronald Acuna Jr. — who wasn’t born yet when that 1996 series was played — has already enjoyed a memorable Yankee Stadium moment: He hit an 11th-inning homer there to beat New York in July.

The Braves played in Boston before moving to Milwaukee after the 1952 season — and then eventually ending up in Atlanta. The Red Sox won 18 more games than Atlanta in the regular season this year. If these teams meet, that would be the biggest gap in wins between pennant winners since the 116-win Cubs lost to the 93-win White Sox in the 1906 World Series.