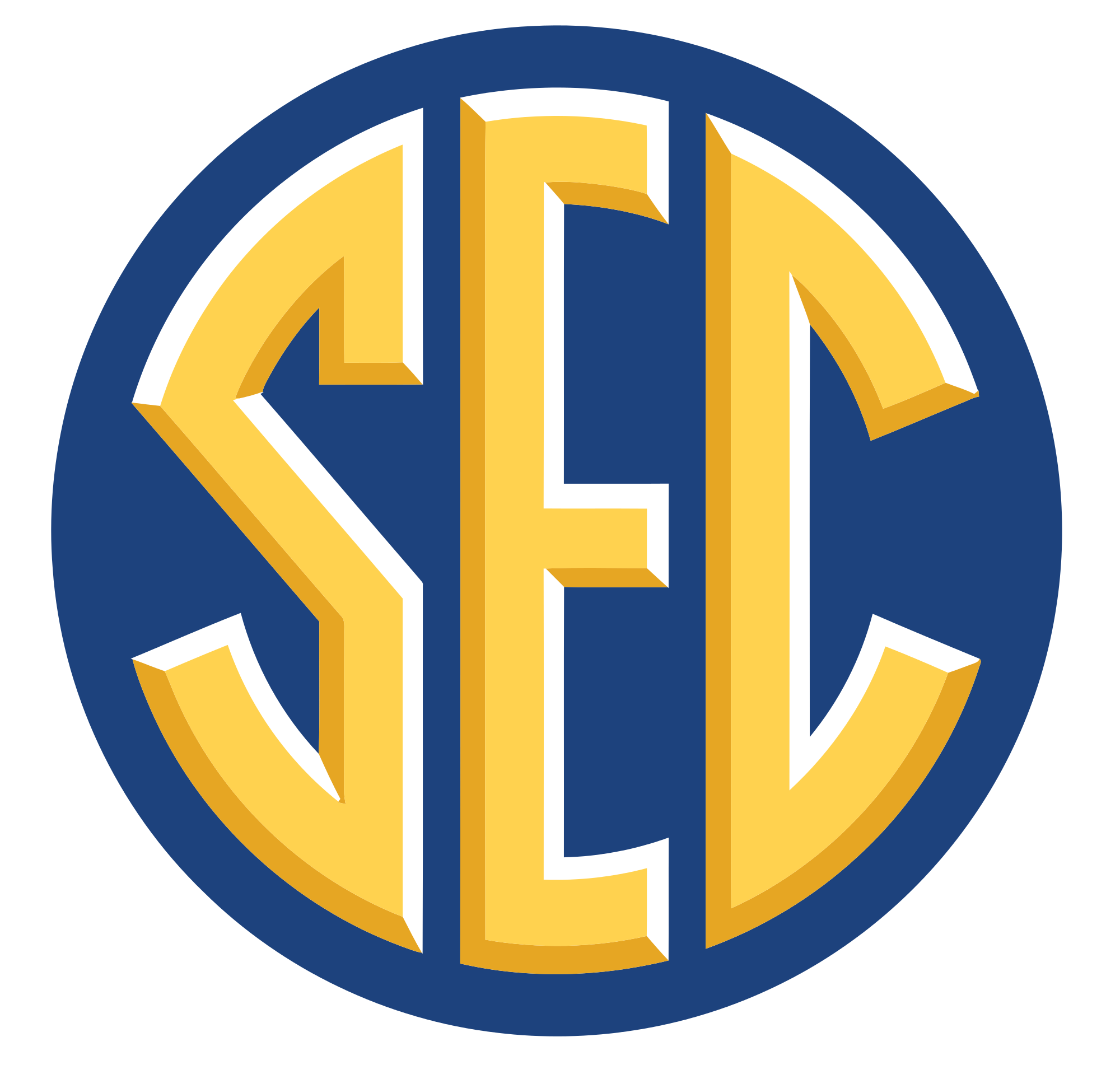 The SEC has been a breeding ground for college football’s top talent and the 2018 season should beget much of the same. With the conference sending at least one team to the College Football Playoff in each of the four years of its existence, the SEC could be in for one of the biggest battles for conference champion.

And then there are the storylines. Of course you have the Alabama quarterback battle and the quest for the Heisman. But what about the new coaches ready to lead their teams this fall?

Who will hoist the SEC championship trophy? That all will be decided soon enough, but until then here’s a preview of the most intriguing games of the season, along with Heisman candidates and playoff dark horses around the SEC.

Are the Bulldogs bound to repeat as SEC East champs? It sure looks that way, but we’ll start to find out against the Gamecocks. On the road, early in the season, with a bunch of starters needing to be replaced, Kirby Smart’s squad could be in for a challenge. South Carolina is a bit of a dark horse in the division with one of the better offensive cores with Jake Bentley at quarterback and Bryan Edwards and Deebo Samuel at receiver.

Don’t expect a warm embrace for Dan Mullen when he returns to Davis-Wade Stadium. The way he left for Florida after nine seasons at Mississippi State left a bitter taste in some people’s mouths. And Mullen didn’t make it any less so when he made the ridiculous claim that the Gators’ trip back on Sept. 29 would be the biggest game in the school’s history. It’s as if he forgot coaching the team to the No. 1 ranking. But Mullen likes to needle opponents that way (see: his Georgia “blind squirrel” comments). Whether Nick Fitzgerald, Montez Sweat and Jeffery Simmons can make him eat his words remains to be seen.

Given their immediate success under Kirby Smart, given his staff’s penchant for recruiting, given the quarterback they have starting and the quarterback they have waiting in the wings, it’s fair to wonder whether Georgia will have its run of the division for a while. Tennessee is rebuilding and Kentucky, Missouri and Vanderbilt don’t appear to be on the verge of a trip to Atlanta. The question we’re left with is how quickly Florida can get back on its feet under Mullen. That’s why the game in Jacksonville is so important; it will either slow down Georgia’s momentum or signal that the path is clear for a long run atop the East.

Arguably the most important game of the season, the Iron Bowl will likely have division and conference championship ramifications. Both teams are preseason top 10 for a reason, after all. Alabama, despite all its questions at quarterback and in the secondary, appears poised for yet another trip to the playoff. But Auburn, with perhaps the best quarterback in the conference in Jarrett Stidham, stands in its way. What the Tigers will look like by late November is another matter, though. With Washington to start the season and trips to Mississippi State and Georgia, Gus Malzahn’s squad has one of the most difficult schedules in the country.

If things do go sideways in Baton Rouge — and with so many concerns on offense, it might — then this game could turn into quite the soap opera. On one sideline, there will be LSU coach Ed Orgeron. On the other, the coach LSU wanted to hire in the first place, Jimbo Fisher, who stayed put at Florida State until Texas A&M and it’s $75 million guaranteed came calling. If LSU struggles and Orgeron winds up on the hot seat, the trip to College Station could turn into a make-or-break game for his future.

He hasn’t started a single game in his career, but he already has the name cache to be considered a Heisman favorite. Also, it doesn’t hurt how he ended last season, creating valuable momentum with him in the minds of voters.

Tua Tagovailoa, the lefty from Hawaii, became a household name the minute he came off the bench at halftime of the College Football Playoff National Championship Game to throw for three touchdowns against Georgia, including the game winner in overtime. His arm, his playmaking ability, his moxie; it was all right there on display, on the game’s biggest stage.

The image of him lifting the game’s offensive MVP award makes for the nice start to a highlight tape. And we know how much those memorable moments matter.

Now he still has to win the starting job from Jalen Hurts, of course. But if he does, Tagovailoa will be the quarterback on the No. 1 ranked team, armed with a wealth of talent at running back and receiver.

Play well, get into the playoff, and he’ll be given every shot to reach New York as a Heisman finalist.

He already has captured the nation’s attention once. All he has to do now is do it again.

There are four new head coaches in the SEC, and that’s to say nothing of Matt Luke, who had the interim tag removed at Ole Miss, and Dan Mullen, who made the move from Mississippi State to Florida.

So, yeah, there’s plenty of upheaval these days.

Luke will have one of the most potent offenses in the SEC, but has to continue to navigate scholarship limitations and one more season without bowl eligibility. Mullen, on the other hand, walks into a situation where expectations are already sky high despite an offense that is in need of a serious overhaul. Whether it’s Feleipe Franks, Kyle Trask or Emory Jones, Mullen needs to find his quarterback in a hurry.

Thanks to Mullen’s tutelage of Nick Fitzgerald, new Mississippi State coach Joe Moorhead already has his quarterback. In fact, he might have the most ready-made-for-success job among all the new hires. Beyond Fitzgerald, there’s a defense that returns a line that includes two All-SEC players in Montez Sweat and Jeffrey Simmons.

Conversely, the two coaches with the steepest uphill battles ahead are Tennessee’s Jeremy Pruitt and Arkansas’ Chad Morris. Pruitt, the former Alabama defensive coordinator, inherits a program in disarray after a wild coaching search and far too many misses on the recruiting trail. And while Morris doesn’t have quite the fervent fan base to deal with, he has his own issues to solve considering the 180 he’s attempting to pull off, turning a ground-and-pound offense into one predicated on space and speed.

But with all that said, the new coach with the most interesting job has to be Fisher. The minute he signed a fully guaranteed $75 million contract, he put a bull’s-eye on his back. The Texas A&M fan base is thirsty for a winner, and Fisher has won before at Florida State, but the rebuild could take time with no clear answer at quarterback and a history of poor play on defense to turn around.

Team with the most to prove

Yes, the preseason No. 1-ranked team can also be the team with the most to prove.

People forget amid the hype, but Alabama isn’t without its fair share of question marks. And many of them have nothing to do with the quarterback battle, which is obviously at the top of the list.

Start with the offensive line, which must replace two starters. The depth at running back is fabulous, but how about the wide receivers, which must make up for the production of Calvin Ridley?

On defense, it’s a toss-up. Saban gets the benefit of the doubt — as he should, considering his track record — but he’s replacing every player who played significant snaps in the secondary, including all four starters. And he’s working in a new signal-caller at middle linebacker. And he’s without the anchor of the defense, nose guard Da’Ron Payne. And he already has lost a top pass-rusher in outside linebacker Terrell Lewis.

But there’s more, because we haven’t even discussed the complete overhaul on the coaching staff, including new coordinators on offense, defense and special teams. Six new faces dot the staff, which just got a lot younger with guys like Josh Gattis and Pete Golding.

If it weren’t for a relative cakewalk to start the season, there might be concerns that growing pains might cost the Tide a game. But Louisville doesn’t have Lamar Jackson anymore, Ole Miss is struggling through scholarship sanctions and the rest of the nonconference schedule is bleak.

So while there’s plenty of time to work out the kinks, there’s also a lot for Saban’s squad to prove before anyone can call it a sure thing.

Don’t immediately write off Mississippi State as a contender. It was only four years ago, in fact, that the Bulldogs were ranked No. 1 in the country.

So, yes, what might seem like the impossible can happen. All it takes is a transcendent quarterback, an Alabama loss or two and the entire SEC can be turned on its head.

While Nick Fitzgerald hasn’t proved he’s the caliber of Dak Prescott just yet, the senior isn’t all that far off. The past two seasons he has scored 66 total touchdowns (36 throwing, 30 rushing), and there’s the sense that he’s only getting better as a passer.

The offensive line should be solid, Aeris Williams is as underrated a running back as there is in the conference and the receiver corps has nowhere to go but up.

And on defense, that’s where the real opportunity lies. Because it’s not just that two All-SEC linemen are back in Montez Sweat and Jeffery Simmons, it’s that they add Chauncey Rivers to the mix as well. Linebackers Gerri Green and Leo Lewis return, and the secondary welcomes back Jamal Peters and Mark McLaurin.

If Alabama struggles — and granted that’s a big if — then it’s not crazy to think that Mississippi State has what it takes to come out of the West. LSU has issues on offense, Ole Miss has to prove it can play any defense at all and Texas A&M and Arkansas are rebuilding under new coaches. That leaves Auburn as perhaps the second-best team in the division, but the Tigers’ schedule is brutal with Washington to start the season and Mississippi State, Georgia and Alabama all on the road.

Conversely, Mississippi State’s schedule is very manageable. The nonconference slate consists of Stephen F. Austin, Kansas State, Louisiana-Lafayette and Louisiana Tech, and the cross-divisional games are Kentucky and Florida. Getting Arkansas and Ole Miss in the final two games of the regular season sets up nicely for a strong close.

If the SEC goes sideways, then why not Mississippi State?