Freeman Deal May Set Dangerous Precedent, Remember Georgia Fans…. It is only Year Two, and The Wheels Appear To Have Fallen Off The Braves!

First of all, Congratulations go out to Davonta Freeman. He earned his extension and deserved a pay raise. From every person I have spoken to on the subject, Davonta is respected and is a hard worker. I just tend to worry about the future, always.

Giving your star players a lot of up front cash and extensions before they are due could cause problems later. In fact, it may be what shortens the window for potential titles the Falcons have. The young defense will want to be paid to, but that that is a few years off. You will need to extend Matt Ryan and Julio Jones too. You think they are looking for a lot of cash too? Eventually, this is going to be an issue.

If the Falcons deliver a championship to this starving city in the next few years, disregard this entire thought process. It is truly a gamble they were willing to take. A deserving player that wanted to feel the love, but ramifications down the line could be troubling.

Best news? The 2017 Falcons should be very good…again.

Remember Georgia Fans.... It is only Year Two

Kirby Smart arrived in Athens with the mandate to “turn around the battleship” as my partner Buck Belue fondly reminds us. Year One was the start of what is to be a glorious chapter of Georgia Football. Count me all in…still.

The 7-5 season of 2016 will hopefully be a distant memory. The only way that happens is if the signature defensive expertise of Kirby Smart begins to take shape. I’m expecting it to be a fun Fall.

The Georgia offense could be far more exciting than in 2016 and it better. The defense could go a long way to changing the Kirby era talking points by stepping up to the challenge and putting them on some short fields. I’m a believer.

He is going to need time. Progress is something that should be expected. I’ll share those thoughts with you in the coming weeks.

The Wheels Appear To Have Fallen Off The Braves 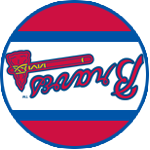 Remember when the Braves were 45-45 after the sweep of Arizona? Good! Bottle that memory and understand that 2017 was never supposed to be about contending for anything.

The Braves as of this writing are 6-18 since they got back to the .500 mark. It was fun and something worth celebrating at the time. Don’t take your eye off the prize. The goal was to lay a foundation in 2017 that would pay off in 2018 and beyond. Now that the wheels have fallen off any chance at a winning season, the time has come to be forward thinking.

I still don’t believe that the 2017 Braves have answered enough questions. The starting pitching is shaky and the bullpen doesn’t contribute enough. I want to see what the fixtures of this lineup will do once guys like Markakis and Kemp have moved on. Albies and Swanson have to convince me they are going to be answers. Camargo injured himself and stunted his potential growth.

Finish strong Braves. Give us a reason to believe in 2018.

I thank you for keeping me as the only Top 100 Twitter follow in Atlanta Sports Radio. Get on board @johnkincade