All the sports news that’s fit to print, and some that’s NOT!

Welcome back my friends to the show that never ends! I begin the blog this week with a WARNING! There’s a very good chance that The Rude Family PODCAST is coming soon. My sons are twisting my arm to do this. The concept would be Baby Boomer, Millennials, Father and Sons all peacefully co-existing and talking openly about, not only the issues of the day, but exposing the inner workings of the Rude family. I’ll keep you posted on The Rude Family PODCAST. BTW, here’s a pic of my sons Lennon & Max… 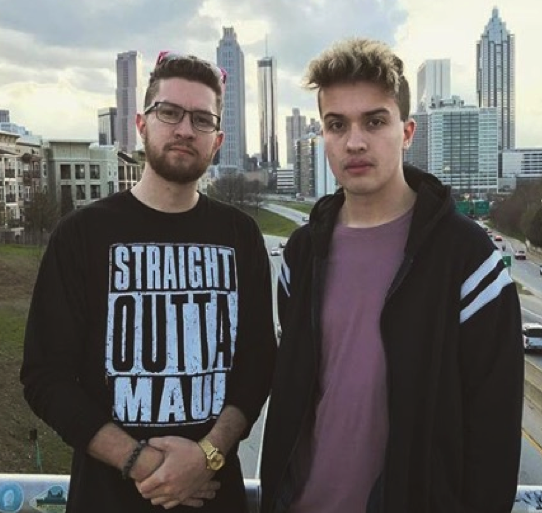 In addition to being opinionated, both Lennon & Max are both musicians. As a matter of fact, come hang out with us on August 17th at Smith’s Olde Bar… 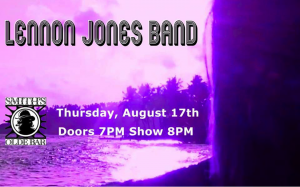 Why are there are so many rain delays at SunTrust Park?

Have you ever wondered why there are so many rain delays at SunTrust Park? Well, here comes the science. It’s not that Mother Nature isn’t a Braves fan. According to a recent University of North Carolina and University of Georgia study, there’s something called the “Urban heat island effect.” Atlanta retains a lot of heat because of all the asphalt, concrete and carbon emissions from cars. Rising warm air, surrounded by cooler air in the atmosphere fuels rain storms. So, grab your pancho and enjoy the game!

The Dirty Birds' New Dome Is Worthy of "Popular Mechanics"! 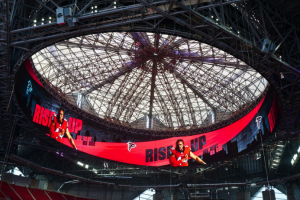 Do you read Popular Mechanics? This was one of my favorite magazines as a kid, along with Mad, Cracked, Hot Rod, Photoplay, National Lampoon, Rolling Stone, Sports Illustrated, Melody Maker and Penthouse. Interesting article in Popular Mechanics with President and CEO of the Atlanta Falcons Rich McKay on the new Mercedes-Benz Stadium. I posted the link on 680thefan.com. In case you missed it, check it out, it’s a good read with some cool pics! 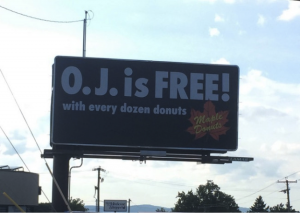 Apparently, OJ Simpson will not be welcomed back to USC this time. That’s according to USC Coach Clay Helton. “Right now with USC, what the administration and the athletic department have said is, no, O.J. will not be a part of our functions.”

But, that’s not gonna stop some folks from trying to capitalize on the juice bein’ loose.

One of the other big stories, Julio Jones and the missing $150K earring, lost in Lake Lanier. What are the chances of finding that earring? Slim to none? Better odds than winning the lottery? You have to imagine, there will be some who won’t rest until they find that earring. With that in mind, join me Friday night at 9pm as RudeTV presents “In Search of: Julio Jones’ $150K Earring”

College football season is getting close and I don’t know if you’ve had a chance to check the schedule yet, but, Man-o Manischewitz check out the first nine days of September. Alabama vs FSU, right here in Atlanta, September 2.

Florida vs Michigan in Arlington, September 2.

LSU vs BYU in Houston, September 2.

Those are some QUALITY match-ups early in the season. Great football and even better tail-gaiting! If you’re a Bulldog fan, don’t forget your Jello shooters! 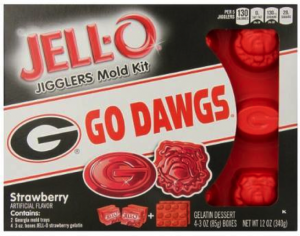 As Chuck Dowdle would say “Have a great Bulldog Day everybody!