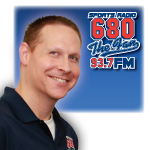 The New Orleans Saints are concerned about the health of defensive tackle Nick Fairley, who is being tested for a possible heart condition, according to multiple reports.

Fairley has not been present at the team’s first two series of voluntary offseason practices, and a Fox Sports report indicates that it’s related to a heart condition that could threaten his career.

Fairley’s agent, Brian Overstreet, seemed to downplay his client’s condition to NFL.com: “He’s good. Just doing his own thing.” However, the website also indicated that Fairley met with a cardiologist last month and that an unnamed member of the Saints’ staff member said the team was aware Fairley was dealing with a medical concern.

The Saints signed Fairley to a four-year, $28 million extension this offseason after a fine 2016 season, with 6.5 sacks, nine tackles for losses and 22 QB hits.

Mike Garafolo of NFL Network adds that teammates who speak to Fairley regularly haven’t been able to get in touch with him recently.

According to Cindy Watts of USA Today, the network is bringing former country star Hank Williams Jr. back to their Monday Night Football broadcast.

It’s been six years since they parted ways with him, after Williams called then-Republican House Speaker John Boehner playing golf with then-President Barack Obama “one of the biggest political mistakes ever.”

“It would be like Hitler playing golf with [Israeli leader] Benjamin Netanyahu,” he then explained on Fox News’ Fox & Friends. He also referred to Obama and then-Vice President Joe Biden as “the enemy.”

(Note to aspiring writers, artists and public speakers: If you’re ever thinking about making the Hitler reference, don’t. No, really. Just don’t. Ever. No, seriously. It never works out for you. Never. You’re welcome.)

But ESPN figures enough time has passed (and the political climate has changed) such that Williams and his rowdy friends should be more welcome now.

“I’m sure there’ll be some [backlash], but I’m not concerned,”said Stephanie Druley, ESPN’s senior vice president of events and studio production. “It was the right time. We discussed it internally and it was just the right time to bring him back.”

Of course, it comes at a time when the network is laying off long-time NFL talent, losing reporters such as John Clayton and Ed Werder (among many others), which may make some wonder if they’re ready for some football or not.

Report: CBS 'even higher' on Tony Romo than ever

Tony Romo has made quite an impression on the folks at CBS since he made his decision to mostly retire from football and enter the broadcast booth.

“That never happened. Why? In the two months since it hired him, CBS is even higher on Romo and is ready to roll with him in the booth with Nantz on Sundays AND the five-game “TNF” package.”

Romo has already done four mock broadcasts with Nantz and is working hard with a broadcast coach to prepare for the upcoming season, Raissman reports. Additionally, he reports Romo will likely do three or four games during the preseason that will not be broadcasted as additional practice before he’s thrown into the deep end of the pool during.

Colin Kaepernick visited with the Seattle Seahawks recently and things reportedly went well, but no deal between the sides is imminent. Why is that? One reporter says the sides are apart on money.

NFL Media’s Mike Garafolo reports that finances are the sticking point between Seattle and Kaepernick.

Garafolo was also asked whether money is the reason why Kaepernick has been unable to land a deal with other teams, and he said he felt other things were factors for other teams.

Auburn coach Gus Malzahn will not speak in Florence, Alabama this Monday as previously scheduled.

The Auburn Alumni Association has cancelled the scheduled “Ambush” tour event at the Marriott Shoals Hotel & Spa reportedly because of “a very low number of registrations.”

The Shoals Area Auburn Club confirmed on its Facebook page that the event has been cancelled and that those who bought tickets will receive a refund. It also stated in a post about the matter that it was “planning a new event that we are excited about.”

Malzahn has already made two stops – Tampa on May 4 and Dallas on May 11 – and has one more upcoming in Alexander City, Alabama on June 8 as a part of the “Ambush” tour.

In previous years, Malzahn had several more stops as a part of the tour, which previously was called “Tiger Trek.”

Malzahn enters his fifth season as Auburn coach this fall.

Longtime baseball scribe Peter Gammons told 670 The Score in Chicago that Bryce Harper‘s preference is to sign with the Chicago Cubs when he hits the open market.

“I have people tell me that Bryce Harper, really, would prefer to play for the Cubs,” Gammons said.

As things stand, Harper isn’t scheduled to become a free agent until the winter of 2018 after the Nationals signed him to a one-year, $21.6 million deal in May to avoid arbitration.

That agreement was key because it will give the Nationals another year-plus to exclusively negotiate with Harper as the two sides attempt to hammer out a long-term deal.

As far as the Cubs are concerned, Gammons noted trying to balance a mammoth deal for Harper with a future extension for third baseman Kris Bryant—who is under team control through 2021—would prove rather challenging.

This five-bedroom, 4½-bathroom pad, without surprise, is “a sports lover’s” dream, the listing says.

It comes with a tennis court and a sports bar with multiple TVs, a fireplace and a pool table.

The 4,651-square-foot property at 27 Pequot Trail sits on 1 acre. Additional features include a chef’s kitchen with a light-filled breakfast room, which opens to a family room with a fireplace and a sun room.

French doors lead to a stone patio with a built-in grill.

Troy Aikman started off his European vacation with a bang — proposing to his girlfriend on Lake Como on Friday … and she said, ‘Yes!’

The Cowboys legend has been dating Capa Mooty — who’s been described in the media as a “Dallas fashion icon.”

The two flew to Italy on Thursday to begin a euro-trip together — she clearly didn’t know it would be an engagement vacation.

They’ve been dating since at least 2016. No word on how they met. Both Troy and Capa each have 2 children from previous relationships.

This will be Troy’s second marriage. He divorced his first wife, Rhonda, back in 2011.

Carmelo and La La Anthony are technically still married, and the New York Knicks star apparently doesn’t want anyone hitting on La La while she is still his wife. That goes for you, too, Chris Rock.

During a recent appearance on “The Wendy Williams Show” to promote his new tour, Rock was asked about his relationship with Carmelo and La La. He said he was “friendly” but not friends with the couple, and he then made a public pass at La La.

“If La La is interested in going short next time…” Rock said. “La La is bad, woo! Hey, they’re married; you’re not supposed to mess with other team’s players. But she’s hot though! She looked great the other night. La La will you? La La let’s go to ‘La La Land!”

Rock seemed like he was joking, but the Daily Mail is reporting that his comments angered Carmelo. One source close to Anthony claimed the NBA star was “really upset” by the remarks and texted several of his friends asking if they saw Rock “on TV trying to scoop up my wife.” Carmelo also supposedly called notorious Knicks fan Spike Lee to have him deliver a message to Rock to back off.

La La, on the other hand, was supposedly flattered by Rock’s compliments. Here’s more:

But La La was flattered by Chris’s flirting. The actress told friends she was very tempted to post the clip on her Instagram with three heart emojis as a caption.

‘She felt like Carmelo needs to realize that just because he didn’t respect his marriage vows doesn’t mean someone else doesn’t want her. The only reason she didn’t post the clip is because she knew it would fuel more headlines about their split,’ the source revealed.

Two of La La’s closest friends are encouraging her take Chris up on his offer. DailyMail.com is told best friends Kim Kardashian and Ciara have both been pushing their friend to quietly go out with Chris.

Carmelo and La La appear to be headed for a divorce after some pretty disturbing cheating rumors surfaced, but there have also been reports that Carmelo is trying to save the marriage. The couple has a 10-year-old son together and is said to be committed to keeping things amicable for the sake of the boy.