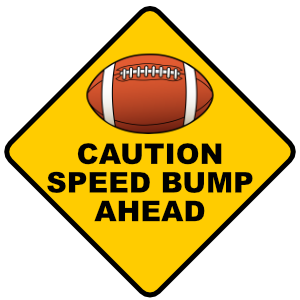 Suddenly, the Falcons season has hit a speed bump. All of that hard work done on the road has been diminished, with the loss to the Chargers at home. Just when this team started to gain some respect league wide, it comes up short in a game they were supposed to win.

Every single rep at practice this week, for the Falcons defense should be spent on defending the pass. Phillip Rivers just picked us apart, with the underneath, crossing routes. Rodgers will attack with that same plan. The Falcons seem to be playing a lot of Cover 3 Zone and the 3 rookie space-tacklers are being targeted and taken advantage of in pass coverage. Q mentioned after Sunday’s loss that they needed defend better in this area.

The Packers have issues running the ball, without big Eddie Lacy. They are the definition of “one-dimensional.” It’s all on Rodgers. Q’s 3rd Down Plan needs to be good, because Rodgers can make a lot of bad things happen to defenses (50% 3D conversion rate).

This Falcons Offense faces another defense that plays the run tough. Also, Tevin Coleman is out. Coach Shanahan might want to expand the workload for Devonta Freeman against the Packers. He can handle it. Go ahead and feature him. Get him 20+ touches. Run him. Throw it to him. Feed him the ball. Call his number.

The Packers secondary has been ravaged by injuries and that’s not a good thing, when you face Julio Jones & Matt Ryan. Best guess: They will play a lot of “Off Coverage,” so the new CB’s don’t get beat deep. Bet the quick passing game will be effective against these chumps. The Packers secondary has got to be a little scared entering this match-up, because they’ve already given up 21 pass plays over twenty yards. Matt Ryan has been seen drooling during film study this week.

Beat the Packers and the Falcons get back on track. That Chargers loss will be forgiven. But lose to Green Bay and the alarms will sound. Sure hope our Falcons show up ready to win and with a good plan.