Report: Tom Herman to Texas is ‘all but official’

Houston suffered a stunning loss on Saturday that sent the team tumbling out of the top 25, but that apparently has had no effect on a major program being interested in its head coach.

In fact, a report on Monday claimed Tom Herman becoming the next head coach at Texas is essentially a done deal.

Big rumor today is that Tom Herman to #Longhorns is “all but offical.” Reliable sources saying what has been suspected for awhile now.

Falcons Use Madden 17 To Get Around NFL Social Media Policy 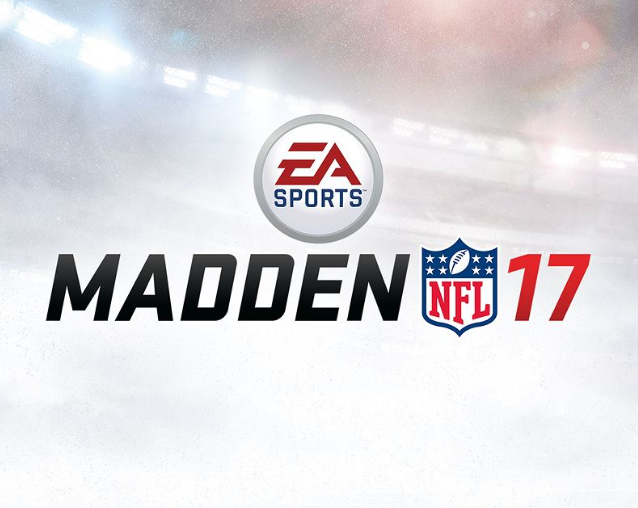 The NFL has prohibited teams from using GIFs or videos from games on social media. That has created a problem for franchises wanting to keep fans plugged in every week on Twitter, so some have figured out creative workarounds. The Atlanta Falcons are the latest innovator, as on Sunday they used Madden 17 to show off a great catch by Julio Jones.

Julio Jones with two big time catches and we are driving.#SDvsATL

The Rams have insisted they’re only going to play quarterback Jared Goff when he’s ready to play.

It appears they’re trying to get him ready to play.

According to Rams coach Jeff Fisher, the first overall pick in last year’s draft will get more work with the starters during the bye week.

“Jared’s going to get some reps, which is a by product of the bye week,” Fisher said. “I don’t feel like Case needs the reps Wednesday and early next week, so Jared will get those reps, which is good.

“Jared’s going to be our starter, but we’re just going to continue with Case.”

Marqise Lee admits he was flagged for using the N-word

Among the Jaguars who lost their cool (in addition to a game, but that’s no longer news) Sunday was Marqise Lee.

And the wide receiver said his unsportsmanlike conduct penalty came from directing the N-word at the Raiders, saying he was responding to their use of it as well.

“It was back and forth,” Lee said, via Mike DiRocco of ESPN.com. “In the midst of the game, emotion is going from both teams. It just so happened the ref heard me, so therefore I got the flag. I’ve got to fess up to it.”

Lee wouldn’t identify the Raiders players who used the slur which triggered his response. He said there was no ill will toward the players, and his emotions simply got the better of him. But he also thought he shouldn’t have been flagged for a word, no matter how offensive it might be.

Gilbert Arenas says he’s NOT REALLY struggling financially — despite what he said in court docs — claiming he’s still extremely loaded and hiding his fortune from his baby mama.

We broke the story … Gilbert filed court docs in his family law case saying his $111 million NBA contract pays out on Oct. 31st — and once that day comes, he won’t be able to afford to pay for his kids’ expensive private school.

In the docs, Gilbert makes it very clear he’ll be living on interest from previous investments — and not rollin’ like a $160 MILLION baller.

But after TMZ Sports posted the story … Gilbert posted a video of his own — showing off his kids messing around with thousands of dollars in cash and bragging that he’s “hiding” it from his baby mama, Laura Govan.

He also says if Laura is insistent on sending the kids to school she better start “selling that p**sy.”

A Hudson Valley woman is finger lickin’ mad at Kentucky Fried Chicken, claiming its understuffed buckets are for the birds.

Anna Wurtzburger, of Hopewell Junction, says she bought a $20 bucket of chicken from KFC over the summer and was disappointed to find it looked much different than what’s in the chain’s ads.

“I came home and said, ‘Where’s the chicken?’ I thought I was going to have a couple of meals,” she told The Post.

“They say it feeds the whole family … They’re showing a bucket that’s overflowing with chicken,” the 64-year-old widow griped. “You get half a bucket! That’s false advertising, and it doesn’t feed the whole family. They’re small pieces!”

Wurtzburger rang up the fast-food giant’s Georgia headquarters to complain, and was told the chicken was portrayed prominently on the commercial “so that the public could see the chicken.”

“If you want the public to look at your chicken, put it in a dish,” she fumed. “It’s a lot of BS. … I expect to get what you’re telling me.”

Putting her money where her hungry mouth is, Wurtzburger hired a lawyer and filed a lawsuit, demanding KFC change its advertising.

She also returned two gift certificates the company sent her as a mea culpa.

“You know what commercial they should put on? You remember the movie, ‘Oliver’?” she said. “It was about the little boy growing up in the orphanages and he was hungry and he goes to the man, ‘Can I have some more?’ ”

Retired from the Fishkill Correction Facility, Wurtzburger lives off her Social Security check and said the KFC meal was supposed to be a rare treat.

I find this amazing. If Jon Lester wins tonight, he’ll be just the 2nd starter to win Gm 1 of a WS for 2 teams. The other: Jack Morris