BLASPHEMY! I can hear you all the way from Athens! For a proud program like Georgia AND against a hated rival like Tennessee you refuse to accept a moral victory.

In no way am I suggesting a loss is brag worthy. I just want to always keep an eye on the big picture.

A die hard fan of the Dawgs can’t feel good about any loss, but I will remind you that Kirby Smart has yet to lose a game where he was favored to win. There were a few things I wanted to see in 2016 and I’m finally seeing them. It took a while, but now I’ve gotten a glimpse of the future. Young Jacob Eason was presented with a smart game plan to succeed and he delivered. That was finally the silver lining you were looking for.

The Dawgs were not prepared this year to win games like this. Every year brings a few surprise wins and losses, but so far the season is going as expected. They are 3-0 as a favorite and 0-2 as an underdog. If they keep winning the games they are supposed to win and see Jacob Eason evolving into a future star, all will be well. Don’t be the impatient guy. Smart needs time and unlike Richt in his rookie year in Athens the NFL won’t come calling for 19 of his current roster. This is going to take some time, but Saturday was a far more promising view.

BRING ON THE OFF SEASON FOR YOUR BRAVES: 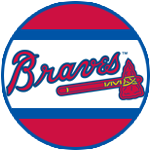 I understand that 2016 did not deliver like you expected. I wanted to see more progress and the Braves fell just short of my 72 win projection. Considering where they were in June, the finish was nothing less than amazing.

I still did not get to see enough of the young talent that will carry the flag for them at SunTrust Park because they are just not ready yet. The offense came alive and looks far better suited to compete in 2017. They need a catcher and at least one starting pitcher.

Brian Snitker deserves to be named the new full time manager. If they don’t hire him the pressure will be huge for the next guy to lead as well as he did. Snitker took a sinking ship and saved the passengers. He was brilliant. It is my hope that he will be rewarded for it.

Can’t wait to see how many are left after this weekend on our island. As of the start of the 1pm games today there were 170 survivors!