Please stop the foolishness about disrespecting the soldiers. Colin and EVERY black person in American has a family member that’s curently in the military or has served in the past. Heck, that’s one of the reasons why they fight so that we can have the freedom to speak and protest! 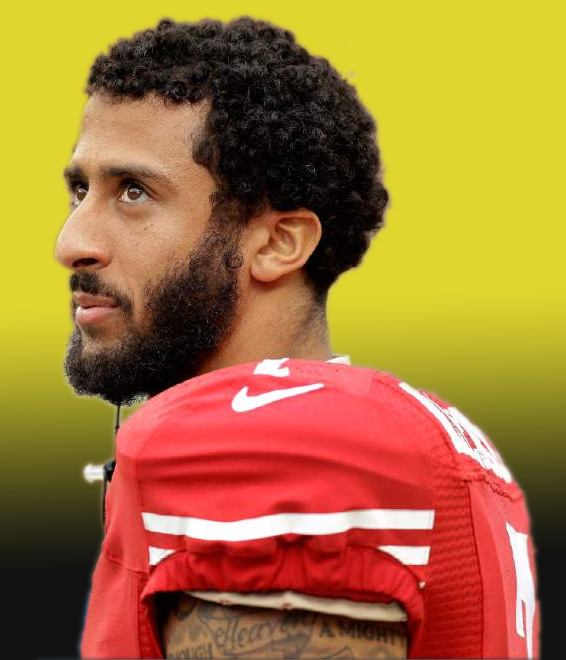 It’s funny how some people get in an uproar about the flag and the national anthem but are quiet as mice pissing on cotton when a kid like Tamir Rice is shot down like a dog. These same ” patriotic people” have NO problem with the bashing and disrespectful things said about the President, his wife and his children.

I’m sure you had a problem with Dwade, Carmelo, Lebron, and CP3 when they spoke out at the ESPY’s but you couldn’t say much because they are all superstars and they pretty much run the NBA….not to mention the protest against Sterling also….I’m sure you weren’t too happy about that either!

Finally, please let this sink in….Colin and EVERY black person that’s looking at this situation knows that he will be cut more than likely this week AND he will be blackballed out of the league.  FYI…It’s obvious that Colin doesn’t care and neither does black America!  The difference between Colin and Ali is they took away Ali’s $$$….Colin has plenty $$$ to take care of himself, his family and plenty to continue donating to BLM ! Lol

Who cares if he never sets foot on an NFL field again….so Steak keep “playing devil’s advocate” about him losing his job!  We have come to expect evil tactics in this era of Trump!