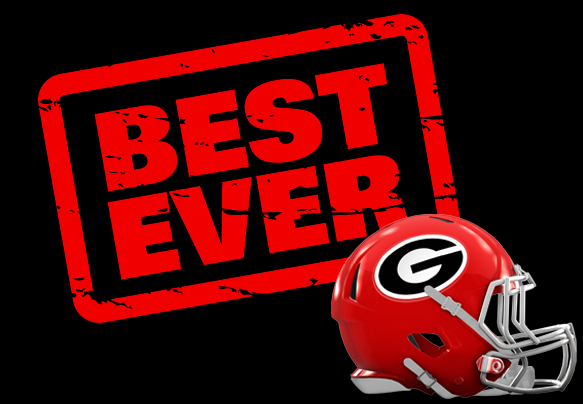 This looks like the best kick-off to a college football season ever! There are awesome games everywhere you look. Obviously, the one here in Atlanta has some sizzle, as Georgia’s Kirby Smart makes his much-anticipated debut.

Can’t tell you who will start at quarterback for the ‘Dogs, but I believe there are a lot more important things to consider. The most obvious is this: Can either defense slow down the run game?

Chizik’s UNC defense had major issues against the run a year ago and this time around they have to deal with Nick Chubb. Bet Gene won’t be sleeping to well on Friday night. Look for Chubb to be featured in this one. I’m looking for around 20 touches for Mr. Chubb. Coach Chaney might want to feed him early and often.

The big question for the Georgia defense is the interior D-Line. It’s thin inside at tackle, so it would be a real good time for Trent Thompson to breakout with a big game. Lorenzo Carter needs to be a difference-maker too. Those two guys need to ‘Hunker Down.’ The Tar Heels would be smart to test the Georgia front 7, by feeding RB Elijah Hood, who is a load at 225. This is one of the key match-ups in the game.

Even if Jacob Eason doesn’t start at QB, I bet he’ll get on the field in the 1st half. If that series goes well (move the ball or score), you can bet he’ll be right back out there.

Lambert starting the game could provide Eason the opportunity to see how the UNC defense is lining up, plus Coach Chaney could see how well they can protect him. That’s a big deal. If the ‘Dogs can’t protect Lambert, then that could determine how much Eason plays early in the game. Stay tuned! This is going to be good.

The Oklahoma-Houston game should be entertaining! I’m looking forward to seeing Fournette and LSU against Wisconsin. UCLA at Texas A&M looks like a good match-up. Alabama-USC in Dallas is a must-see! Clemson-Auburn is a great match-up at Jordan-Hare Stadium! Notre Dame at Texas is an awesome match-up! Also, Monday night’s FSU-Ole Miss game is a great way to wrap up the first week! Let’s get this show on the road!