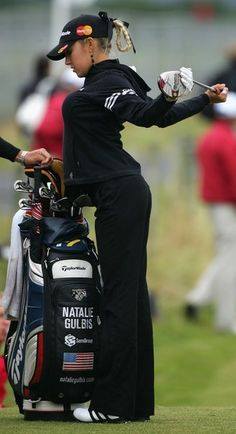 LPGA golfer Natalie Gulbis praised Donald Trump for his support of her career, saying that the Republican presidential nominee encouraged her to “lean in” and think of herself as a businessperson.

“In response to my frustrations about being treated unfairly as a woman, he adamantly rejected the notion … and instead, offered me a simple idea that changed my life forever: “Never fear challenging the status quo,” she said on Tuesday at the Republican National Convention. “He encouraged me to think of myself not as a female athlete, but a businessperson. In everything you do, be fearless, he reminded me. Be fearless.