Forbes magazine is out with its annual ranking of the world’s 100 highest paid athletes, and Falcons wide receiver Julio Jones is the only representative of Atlanta’s pro teams on the list.

According to Forbes’ calculations, Jones earned $27.2 million in a 12-month period, thanks to the contract extension he signed with the Falcons in August. That was enough for him to rank 43rd on the list.

“The new pact included a $12 million signing bonus and a pair of roster bonuses in the first 12 months worth a combined $11.5 million,” wrote Forbes, which put Jones’ endorsement income at $1.2 million for the year.

Three NFL players who played college football in the state of Georgia also made the list of the world’s highest paid athletes from salary, bonuses and endorsements over the past 12 months.

Soccer superstar Cristiano Ronaldo was ranked No. 1 on the Forbes list with earnings of $88 million over the past year, including $32 million from endorsements.

“I have to put that aside,” said Newton, who turned dabbing into a national craze in 2016.

The reigning NFL most valuable player made the comment during an interview on WFNZ-AM radio’s “The Mac Attack” show.

And, really, it’s about time. Like most fads, dabbing was fun for a while but definitely has run its course.

If there’s anyone who can make it stop, it’s Newton.

Newton didn’t rule out replacing dabbing with some other move.

“I have time,” he said. “I have till September to find out.”

McFadden, 28, filed the $15 million suit in federal court in Little Rock, Arkansas, against Michael Vick (not the former NFL quarterback). According to the ESPN.com report, Vick allegedly “misappropriated and mishandled money throughout his NFL career, including $3 million lost in a bitcoin business venture.”

McFadden also filed the lawsuit against 10 other people who were referred to as “Doe.”

McFadden signed a six-year, $60 million deal with the Oakland Raiders after they drafted him fourth overall in 2008. According to Spotrac.com, he signed a two-year, $3 million contract with the Dallas Cowboys before the 2015 campaign.

McFadden discussed what happened in his relationship with Vick, per Brandon George of the Dallas Morning News: “It’s just one of those deals with me as a young guy I wasn’t on top of my finances like I should have been and I trusted somebody to take care of everything for me and I don’t feel like at the time he had my best interest.”

According to the ESPN.com report, Vick garnered the power of attorney with “fraudulent documents” and covered his actions with “fabricated fictitious financial records.”

McFadden reportedly realized what was happening when Vick tried to sell him a building that was bought with the running back’s funds.

At least half the teams in the NBA are currently working on putting together a pitch for Kevin Durant when free agency begins, but one report claims the Houston Rockets should not bother.

According to Marc Stein of ESPN.com, Durant is not considering signing with the Rockets. The Oklahoma City Thunder star maintains a good relationship with former teammate James Harden, and the two spent some time together this week. However, Stein reports that the close friends hanging out has no bearing on Durant’s impending free agency decision.

Don’t be surprised if the Rockets give it a go anyway. It was previously reported that the they plan to make Durant their top offseason priority, and that probably won’t change. Harden will also probably still try to recruit his buddy.

The most likely scenario at this point would appear to be Durant signing a two-year extension with the Thunder that includes an opt-out clause after next season. Some comments Durant made after OKC lost in the Western Conference Finals should have Thunder fans feeling optimistic.

Brock Turner’s Sentence Has Already Been Shortened by 2 Months

His infuriatingly lenient sentence just got even shorter.

Last Thursday, former Stanford swimmer Brock Turner was sentenced to six months in jail and probation for sexually assaulting an unconscious woman behind a dumpster in January of 2015. Many expressed outrage over the leniency of Turner’s sentence, especially given the nature of his crimes — and now, according to the Daily Mail, he’s already had two months knocked off of his required jail time.

Due to “automatically applied ‘credits,'” Turner will be released from Elmwood prison in Milpitas, California, on Sept. 2, eight weeks shorter than his original sentence and a total of four months after he was first admitted. The Daily Mail reports that these “credits” were applied due to good behavior, and that “it was assessed that he was unlikely to misbehave behind bars.”

Due to the nature of his crimes, Turner has a private cell to himself at Elmwood, unlike the majority of the jail’s inmates, but representatives for the Santa Clara County Sheriff’s Office confirm that he will not be getting special treatment otherwise.

Court documents reveal that Turner has continuously lied to his probation officer in order to secure an even more lenient sentence, claiming that the entire assault had actually been consensual and the victim had given vocal consent. This statement was given after Turner had already been convicted of three counts of felony sexual assault and sentenced to jail, and the Santa Clara district attorney present during his statement had to intervene to say that Turner was being “untruthful.”

At this time, Turner is seeking to serve his three-year probation period in Ohio, his home state, after he is released from Elmwood. He is already in the process of requesting a transfer.

Justin Bieber Throws Down in Huge Fist Fight! – You people need to leave this kid alone. He will grow out of his doucheyness at some point

Justin Bieber got into an all-out street brawl with a guy much bigger than him Wednesday night in Cleveland.

TMZ obtained this video of Bieber, shot shortly after 11 PM, outside his hotel in downtown Cleveland — he was face-to-face with the guy, who threw a light blow at Justin’s head. That’s when Justin uncorked a blow right to his face … and then it’s on!

Several people were standing nearby and tried to jump in, but the fight ends up spilling to the ground.

It’s unclear what started the scrap. Bieber was in town for the game 3 of the NBA Finals, and was wearing a Cleveland Cavaliers shirt … so it could be post-game trash talk. Also, witnesses say Bieber was getting peppered with requests for photos, and we know how he feels about that.

Overall … we’d say Justin held his own, though he ended up on the bottom of the pile. 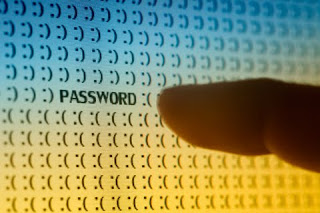 In a massive recent theft of Twitter usernames and passwords involving nearly 33 million customers, “123456” was by far the most commonly used passcode, according to security company LeakedSource. More than 120,000 people whose credentials were hacked had used “123456” as their Twitter (TWTR, Tech30) password.

LeakedSource revealed Wednesday that a hacker who goes by the moniker Tessa88 stole over 32 million Twitter credentials. LeakedSource found the database on an online black market, and Tessa88 was trying to sell it for 10 bitcoins (about $6,000).